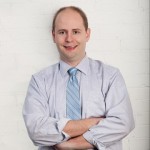 Kawczynski is a member of the Independent party and a hopeful candidate in the race for Allegheny County Executive. On his campaign website, he describes himself as “the candidate for County Executive who has a clear vision, a plan to achieve it, and will be accountable to you and only you.”

Like many third party candidates, Kawczynski faces an uphill battle to collect the required number of signatures (nearly 3,000, which are due by today) to ensure a spot on the ballot — though that hasn’t stopped him from trying to push his ideas out for public consumption.

Kawczynski, 30, is a graduate of Swarthmore College with a bachelor’s degree in history and a minor in political science. Despite being raised in Phoenix, Arizona, he says southwestern Pennsylvania “feels like home” since moving here in 2003.

When asked what separates him from the other candidates, Kawczynski points right to the pocketbook.  “They’re millionaires and I’m not.  They both have parties and organizations full of foot soldiers there to support them.  They own businesses and spend thousands like it is nothing.  As for me, I’ve lived paycheck to paycheck more than I care to admit.”

Kawczynski believes that he understands what most citizens of Allegheny County experience on a daily basis.  “I have new ideas, and a willingness to say unpopular things if I think they are necessary,” he said.

That emphasis on the everyman has manifested itself in a user-friendly, patriotically themed campaign site and a desire to provide simple solutions to common issues in the region such as community renewal, job creation, property taxes, public transportation, and Marcellus Shale.

Ask what Kawczynski is most proud of and he mentions his fundraising for MS research because someone very important to him suffers with the disease.  He tells you he is glad that he remained true to himself throughout this learning process.  “I’m proud that I am an honest person.  Even with this campaign, I had many opportunities to sell out my beliefs for expediency, but I didn’t.”

Ask him what accounts for third party candidates’ difficulties in fundraising and collecting signatures and he cites voter apathy.  “I always say that while you may not care about politics, politics cares about you,” he said.  “We all pay taxes, we all experience the impact of politics, so you can’t ignore it even if you want to do so.”

“The sad thing is come November there will be people looking for someone with my views, but because they don’t understand the process, they won’t know the race has already been decided,” Kawczynski said.

Though he says he knew the obstacles he would face when entering the race as an Independent, he doesn’t regret throwing his hat into the ring.

“Unfortunately most people who listened didn’t care enough to do anything, figuring it wasn’t their responsibility.  Those who liked it didn’t care enough to jump through the hoops,” he said.  “ And I made a very few dear friends who fought with me, and I had the chance to say what I wanted.  I wish more people could have heard it, but I have done my part.”