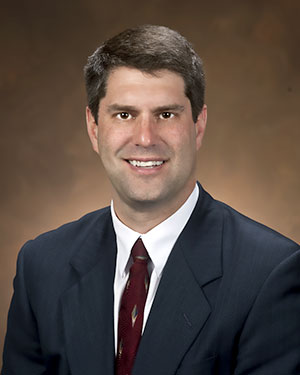 Businessman and former Pa-12 congressional candidate Tim Burns has officially joined the Republican primary for U.S. Senate. The Washington County resident has been hinting at a run over the past month, and this morning made it official.

“I’m not a politician – I’m a businessman.  I want to put my experience of balancing budgets, making payroll, and creating jobs to work for the people of Pennsylvania,” Burns said in a statement. “I started a business in my basement and it grew it into a company that employed more than 400 people.  Sadly, that experience is lacking in government today.”

Burns founded a pharmaceutical company, TechRx, in 1992. The business grew to 400 employees before he sold it in 2003. He lost to Rep. Mark Critz by 9 points in the May 2010 special election to replace the late Rep. Jack Murtha, but came within 1 percent of a victory in that fall’s rematch.

He enters the race with the personal financial resources to kick start a campaign, as well as the advantage of a rolodex of national donors from his special election.

His adviser is GOP consultant Ray Zaborney of State Street Strategies in Harrisburg. It’s fair to assume that Zaborney’s wife Jen Holman Zaborney, one of PA’s premiere GOP fundraisers, is on the team as well. Both count as a client PA Sen. Jake Corman, who himself had entertained a run at Casey but ultimately deferred.

Another businessmen and former congressional candidate, Steve Welch of Chester County, is likely to announce soon.

We are a nation at a crossroad, and we truly are at a time for choosing.  Our current leadership has made their choice – more spending, more debt, and they have conceded America’s exceptional place in the world.  That’s why today I am announcing that I am a candidate for the United States Senate.

President Obama and Senator Casey have made their choice for the future of America – more taxes, more spending, and more debt.  Their choice has led to the highest unemployment in decades and a pessimism America has not seen since Jimmy Carter.

Just the other day, President Obama admitted that “Americans are not better off than they were four years ago.” It’s obvious that his policies have not and will not get us out of this financial crisis.  That’s why I was disappointed to see Senator Casey  vote for the second round of wasteful stimulus proposed by President Obama.  We deserve better.

I’m not a politician – I’m a businessman.  I want to put my experience of balancing budgets, making payroll, and creating jobs to work for the people of Pennsylvania.  I started a business in my basement and it grew it into a company that employed more than 400 people.  Sadly, that experience is lacking in government today.

Over the course of the next several months I will be traveling the Commonwealth to talk about the issues that matter most.  I’m looking forward to talking about the ways in which we can put Pennsylvania and America back to work.

For More Information Or To Speak With Tim Burns Please Call Ray Zaborney at [Redacted] or respond to this email.

Tim Burns is a businessman, father, and community leader.  The one thing he isn’t is a politician.

After growing up in a half a double house in Johnstown and graduating from Indiana University of Pennsylvania, Tim decided to try his hand at starting a  business and in 1992 started a pharmacy software company.

It wasn’t an instant success, as Tim started his business in his basement with little more than his savings.  Through his hard work and determination, Tim built his company into a leader in the pharmacy software industry, growing his business to over 400 employees before being acquired by a public company.  Since then Tim has continued his involvement in expanding the economy by investing in and helping grow other businesses.

Tim is also an award winning community leader, volunteering his time to help local flood victims, assisting with the Hurricane Katrina relief effort, and directing a youth camp for special needs children.  He currently sits on the board of the Childhood Apraxia of Speech Association of North America and in 2010 received the Jefferson Award for community service for his work with special needs children.

After speaking at a local Tea Party rally in 2009, Tim decided enough was enough.  That’s when he made the decision to run for Congress.  The odds were stacked against him, and in a district with only 29% Republicans Tim raised more than $2 million dollars and lost a nationally watched election by less than 1%.

Never willing to give up on his country, Tim wants to take his consistent conservative values to the United States Senate at a time when our country needs patriots with experience balancing budgets, making payroll, staying out of debt, and creating jobs.

Tim Burns is committed to doing his part to help ensure all of our children and grandchildren enjoy the same liberties, freedoms, and opportunities that he has. Tim lives with his two sons in Eighty-Four, Pennsylvania, just outside of Pittsburgh.