Politically Uncorrected: Times are a Changing 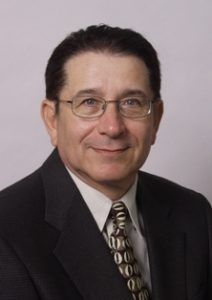 In a June 2015 Franklin & Marshall College Pennsylvania Poll, almost 90 percent of state voters supported medicinal marijuana. Given that huge level of support, it was no shock that the state legislature approved a bill legalizing it in the state. It had been pushed strongly and at times emotionally by the advocates. And so last April, with considerable fanfare, Governor Tom Wolf signed the legislation into law.

But now, perhaps not surprising at all, majority support (56%) emerges for the legalization of pot in the just released F&M poll of state voters. That’s the first time since 2006, when the question was initially asked in the poll, a majority indicated support.

The increase in adherents has been truly spectacular. Back in 2006 when the question was first asked, only 22 percent of state voters favored legalization. Politically speaking, 32 percent of Democrats were in favor in 2006, but that percentage has spiked up to 61 percent. The increase among Republicans has been even more dramatic. Only 12 percent of Republicans indicated support in 2006, increasing now to 44 percent.

There also has been a significant increase in all demographic groups as well, and several stand out: self-identified liberals lead the way with 78 percent responding they would legalize it, followed by the 18-34 year-old millennials at 76 percent, and never-married, single voters, at 74 percent.

Proponents argue, often using Colorado as an example, that major dollars can be garnered from legalization. Given the revenues that would follow from taxing the product and the money saved from prosecuting those arrested for possession, the state’s coffers would see hundreds of millions in new revenues. The search for new revenues has been a motivating factor for the states that have legalized it.

So far, only one statewide Pennsylvania officeholder, Auditor General Eugene DePasquale, has favored it. After indicating his support, DePasquale went to great length to cite the various ways it would save the taxpayers money and raise new revenues.

There is little likelihood that in the near future Pennsylvania will legalize pot. Still, advocates led by Senator Daylin Leach in the upper chamber and Rep. Jordan Harris in the state House have introduced bills to make it legal. Given that the state has the most conservative legislature in modern times, one firmly in Republican hands, the prospects for legalizing anytime soon are between slim and none. Governor Wolf has not rejected it out-of-hand, but he has publicly said that it’s time has not come, perhaps leaving the door open for future consideration. However, he’s on board with decriminalizing it.

Importantly, there’s no way for the voters to petition for a legally binding referendum. The state does not have a general initiative law that could be used to put the question on the ballot for the voters to decide.

All of that said, there are still concerns raised about the effects of the frequent use of marijuana on dependency, which can lead to a number of health related problems. Marijuana use is also the cause of an increase in accidents, especially those involving motor vehicles. Not least is the argument made by opponents that it’s a gateway drug, leading to other more dangerous drug use, not that dissimilar to the opioid problem.

Finally, one step forward and one likely to receive more public and legislative support would be to move ahead with decriminalization. That could mean reducing the various penalties for possession of small amounts of the weed.