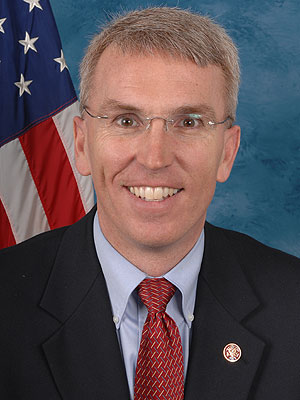 Low-key congressman Todd Platts (R-York) has finally stepped foot into the spotlight by earning the chairmanship of this year’s “Obscure Caucus.”

Compiled by Roll Call, members of the Obscure Caucus stay off the national cable news circuit, spend more time forging relationships with colleagues behind closed doors than elbowing in front of C- SPAN cameras and avoid the kind of innuendo-laced stories that make up so much  of today’s political coverage.

The news outlet emphasizes that membership in the Obscure Caucus is not a form of mockery or criticism, rather it emphasizes the careers of congressmen and women who are not frequently in the eyes of the media.

Platts has proved his his spot in the list by maintaining a low profile, never running a television campaign ad, never taking contributions from third-party political action committees or his own party’s leadership and never operating a PAC. His congressional campaigns are routinely among the five cheapest in the country.

He also doesn’t make television appearance and has spoken on the House floor only four times in the 112th Congress for a total of less than four minutes.

His only national headlines came late in 2009, when he sought the office of controller general at the Government Accountability Office.

This is not the first time Platts has made the roster either. Platts was a Obscure Caucus member in 2009, and commented to the press saying he’d “rather be a workhorse than a show horse.”

One new consideration: redistricting. Several former caucus members didn’t make the cut this year because their districts are up in the air. But Platts, whose fast-growing district comprises all of Adams and York counties and most of the population in Cumberland, has nothing to worry about.

After the announcement of this year’s caucus, PoliticsPA was able to snatch another comment from the congressman, who embraced his membership on the list.

“Having been blessed with a mom and dad who instilled the lessons of hard work and humility in my four siblings and me, I am humbly grateful for this recognition,” said Platts.

“Roll Call has accurately captured my approach to both my official service in office and my conduct on the campaign trail.  I focus on working hard for the people of my district and the country, without worry as to who gets the political credit for getting the job done.  My campaigns have always been about people, not money.”