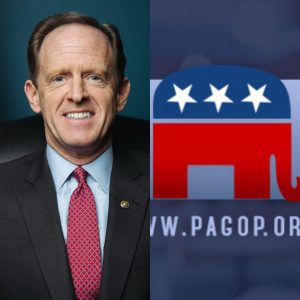 Just over two weeks since their last virtual gathering, the Pennsylvania Republican Party is set to meet again on Wednesday.

In an email obtained by PoliticsPA, PA GOP Chairman Lawrence Tabas has called for a special meeting of the Republican State Committee of Pennsylvania for Wednesday evening at 7:30 P.M.

According to the email to state committee members, the meeting will be held virtually via Zoom and “consider the issues arising out of the impeachment and the path for our party going forward.”

The meeting comes at a time when Republicans aren’t united on how to address the second impeachment trial of former President Donald Trump.

Although the Senate ultimately voted to acquit Trump, all 50 Democrats in the Senate voted to convict Trump, while Sen. Pat Toomey was one of seven Republicans to find the former President “guilty” in this impeachment trial.

Toomey defended his vote in an op-ed in the Philadelphia Inquirer and various media appearances.

However, the fight to punish Toomey essentially began immediately after he cast the vote to convict Trump. Various GOP county committees across the commonwealth have voted to censure Toomey over the vote.

In addition to Toomey’s impeachment vote, the Pennsylvania Republican Party has also taken a registration hit in 2021. Since the January 6th riots in Washington D.C. at the U.S. Capitol, about 19,000 Republicans have left the party, according to the Philadelphia Inquirer.