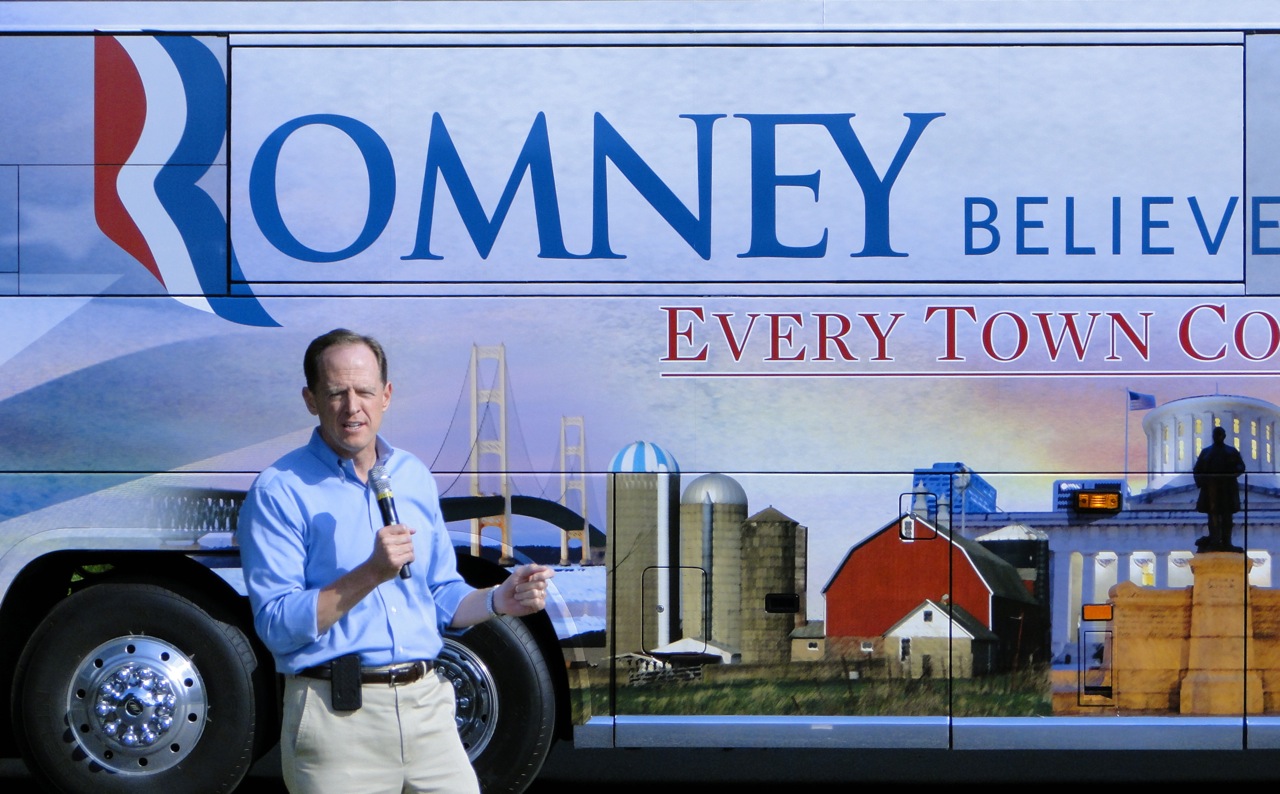 In a memo he, along with U.S Sen. Rob Portman (R-OH), attacked President Obama’s economic record. The pair remained true to the GOP’s “broken promises” theme, but cited numbers on the economy previously unused by Republicans:

“When the President pushed his trillion-dollar stimulus bill, he and his team promised it would reduce the unemployment rate to around 5.6 percent by today. Of course, in reality, we’ve endured an unemployment rate above 8 percent for 40 straight months – the worst employment numbers in 30 years and a clear policy failure.”

The memo comes at the same time as the Republican National Committee releases a new website detailing Obama’s “unfulfilled promises.”

The site, PromiseGap.com, lists 10 of Obama’s alleged broken campaign promises. It includes Obama’s “promise” to keep unemployment under 8 percent, but does not cite a pledge to reduce unemployment to 5.6 percent by July 2012.

Despite both accusations, as PolitiFact notes, these Obama “promises” come from estimates, not pledges, of the effects of the American Recovery and Reinvestment Plan:

The administration never characterized it that way and included plenty of disclaimers saying the predictions had “significant margins of error” and a higher degree of uncertainty due to a recession that is “unusual both in its fundamental causes and its severity.” In short, it was an economic projection with warnings of a high margin for error, not  a take-it-to-the-bank pledge of an upper limit on unemployment.

Toomey and Portman have in common that they’ve been discussed as possible VP picks for Romney, though the buzz is much greater around Portman.

This week, President Obama will visit our states as he campaigns for reelection. We welcome him, and we hope he takes time to learn about how the private sector is actually doing and about the challenges facing our constituents in Ohio and Pennsylvania.

What he will no doubt hear from them is a sense of overwhelming frustration. Voters want an explanation: Why did he fail to live up to the many promises he made to them in his last campaign and during his time in office?

As both a candidate and newly-inaugurated president, President Obama outlined a number of specific, quantifiable promises. He said he intended to be judged by these promises, and urged voters to hold him accountable.

In February 2009, he declared of improving the economy, “If I don’t have this done in three years, then there’s going to be a one-term proposition.”

When the President pushed his trillion dollar stimulus bill, he and his team promised it would reduce the unemployment rate to around 5.6 percent by today. Of course, in reality, we’ve endured an unemployment rate above 8 percent for 40 straight months—the worst employment numbers in 30 years and a clear policy failure.

Today, the unemployment rate is 8.2 percent, 2.6 percentage points higher than promised. What would it mean if he had delivered on that promise? 8.4 million more Americans would have jobs.

This is a promise gap: a clear and demonstrable difference between what the president promised to voters and what he actually delivered. He made a promise on nearly every critical issue of the day—employment, energy, healthcare, housing, and the deficit—that our lives would be better off today if his policies were enacted.

By his own standards, he has fallen far short on each and every issue. And by his own admission, such shortcomings are cause for Americans to make his presidency a “one-term proposition.”

So this week Gov. Romney and his campaign will revisit exactly what President Obama promised and showcase precisely how far away he is from meeting his own standards of success. Issue by issue, Republicans will highlight President Obama’s astonishing middle-class promise gap, contrasting where he said we’d be today with where we actually are.

Everyone makes promises, but President Obama’s were exceptionally specific. He set very clear goalposts for his term. Like any other job, he wanted to be judged on his performance. His first term would be subject to a performance review. If he delivered anything less than what he outlined four years ago, he was prepared to face the consequences. He expected to be reelected if, and only if, he met those promises that led Americans to support his candidacy in 2008 and provided the rationale for passing his policies.

So today, families sitting at their kitchen tables, worried about the future, are right to hold the president to his word.

But despite these disappointments and the failures of President Obama’s policies suffered by the middle class the past few years, President Obama seems completely detached. In his view, “the private sector is doing fine.” It’s difficult to imagine a more out-of-touch President.

President Obama’s campaign knows he has fallen short. They know he has disappointed the American people. You can see it in their ads and in their stump speeches. They are filled with excuses and distortions. They cast blame everywhere and take zero responsibility for the failing economy, the broken healthcare system, the terrible housing market, our lack of an energy policy, and our skyrocketing debt. Instead of “the buck stops here,” they seem to be saying, “the buck stops over there.”

To win reelection, they are desperately working to misrepresent Gov. Romney’s record and distract from their own disappointing record. Voters expected better. They expected results. After all, President Obama promised nothing less.

It’s time he takes responsibility for this promise gap. It’s time for a new direction and a new president. The middle class has suffered the consequences long enough.