Toomey, Trump at Odds on Tariffs Impact on US Economy 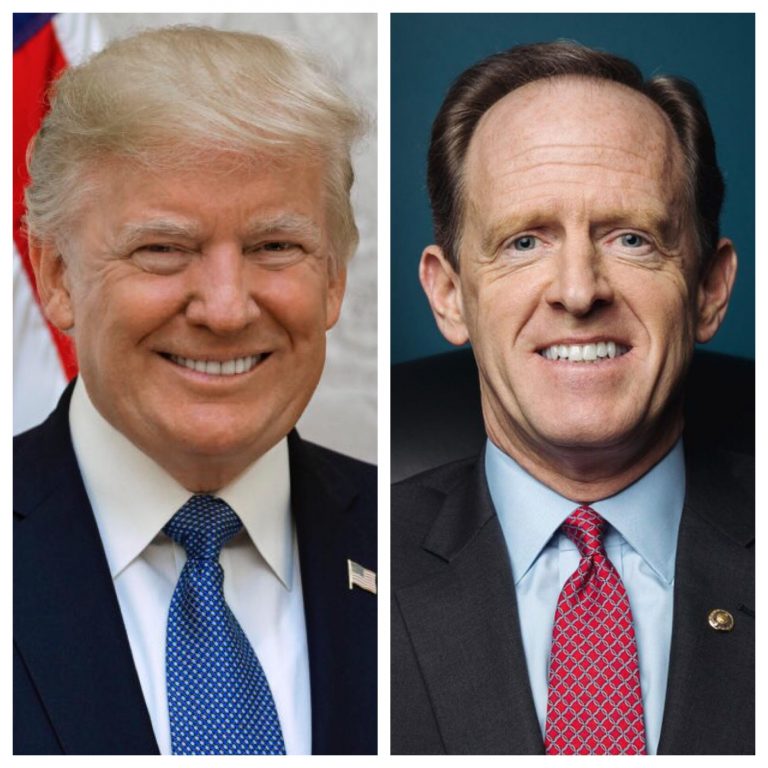 President Donald Trump and Sen. Pat Toomey (R-PA) don’t see eye to eye on the current administration’s use of tariffs. They also don’t seem to agree on the impact it is having on the US economy.

In a twenty-two minute interview with Fox News Radio with Brian Kilmeade on Thursday, Trump touched on a wide variety of topics that included USMCA, pulling troops out of Afghanistan, and specifically addressing concerns from Toomey on the impact the tariffs with China are having on the current state of the economy.

While defending his administration’s use of tariffs on China, Trump stated that it is affecting China, but not the United States.

“Look, this is having a tremendous impact on China, I don’t know if it’s having an impact on us, I don’t think so,” Trump said at the 6:10 point of the interview.

Kilmeade followed-up and mentioned that Toomey, who he described as someone the president respects, says there is “no question that the trade uncertainty is contributing to the slowdown in our economy.”

Trump vehemently disagreed with Toomey’s statement, and said that China has been ripping off the United States for decades and argued that the tariffs are bringing them “to the table” on a deal.

“So what does Pat Toomey want me to do,” Trump asked in response to Kilmeade’s question. “Does he want me to say ‘let me put my hands up China, continue to rip us off’.”

In an interview Sunday morning on ABC News’ This Week, Toomey warned that although he believes that the economy is strong right now, the tariffs are a “threat to growth.”

“Well, fortunately we’re starting from a very strong economy right now, you know record low unemployment, accelerating wage gains, we’ve got a great economy,” Toomey said. “But, I do think that the uncertainty caused by volatile tariff situation and this developing trade war could jeopardize that strength and that growth and I think that’s a legitimate concern.”

Martha Raddatz, who conducted the interview for ABC News, described Toomey as “one of the most outspoken Republican critics of the President’s tariff tactics.”

Toomey credited Trump for “challenging China on some of it’s really egregious behavior,” specifically citing theft of “intellectual property and coercive technology transfers, but said he would have preferred a “different set of tactics” as opposed to implementing tariffs. Toomey did add that his concerns for tariffs go beyond China, citing Trump’s threats of imposing tariffs on Mexico last year.

During the same Fox News Radio interview Trump conducted with Kilmeade on Thursday, he also boasted about support for the USMCA, while Toomey has also been a vocal critic of Trump’s proposed trade pact between the United States, Mexico, and Canada.

Trump and Vice President Mike Pence have pushed the USMCA and their trade policies in multiple visits throughout the state this summer.