The results indicate a nine point gain for Peduto from the firm’s previous poll of the mayoral race released in early April, which showed Wagner leading Peduto 40% to 33%. 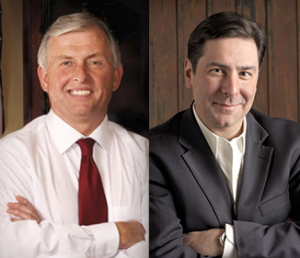 The results of the poll are similar to another poll released by Keystone Analytics last Monday which showed Peduto leading the race with 39% to Wagner’s 32%.

According to SP&R President Jim Lee, the momentum in the mayoral race is on Peduto’s side.

“It looks to me whatever the Wagner folks have done might have backfired,” Lee told the Tribune-Review.“All the movement has clearly gone to Peduto.”

The results do not deter the Wagner campaign, however, and they believe they can sway undecided voters their way.

“We’ve put considerable resources since the poll was taken to change the conversation and I think that will show,” Wagner spokesman J.J. Abbott told the Trib. “We’ve had a strong week in terms of pushing back.”

“We have been seeing an increased momentum in the field over the past three weeks,” a Peduto press release said. “Now our goal to turnout the vote on Tuesday becomes even more important.”

400 likely voters were surveyed on May 13-14 by Harrisburg-based and GOP-leaning firm Susquehanna Polling & Research. The margin of error is plus or minus 4.88%, within Peduto’s lead in the poll.