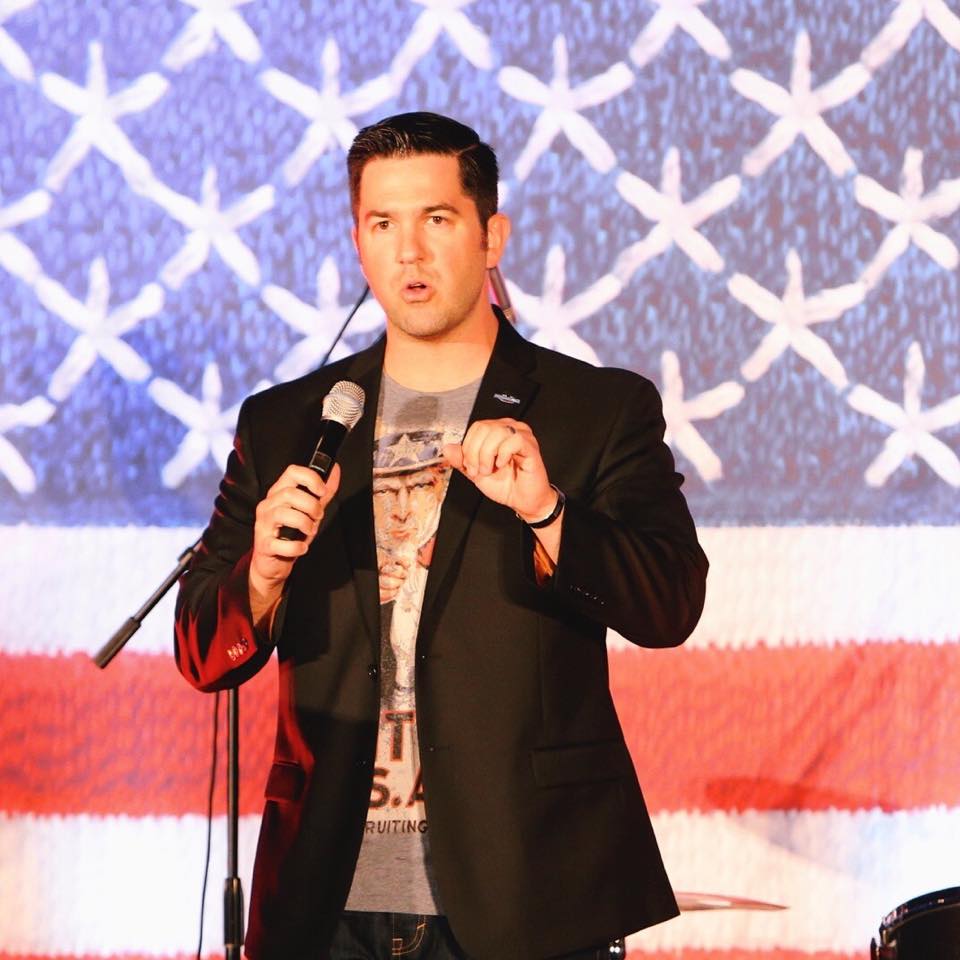 One week after President Donald Trump seemingly announced the candidacy of Sean Parnell for Congress during a speech in Pittsburgh, the combat veteran and conservative author formally announced his intentions for the 17th Congressional District during an appearance on Fox & Friends, Wednesday morning.

“I am so excited to announce that today I’m declaring my candidacy for the great people of Pennsylvania’s 17th District for Congress of the United States,” Parnell said on the set of Fox & Friends. “I think that Pennsylvanians, and specifically the people of western Pennsylvania, deserves leadership that truly represents them and right now my opponent does not represent them at all.”

Parnell described Rep. Conor Lamb’s policies (D-Allegheny) as “absolutely devastating” for the people of the district and claimed that he isn’t truly the moderate Democrat he claims to be and continued to link Lamb to Speaker Nancy Pelosi (D-CA).

Parnell’s campaign website has yet to release policy positions for his bid, but has already released a 50 second campaign video linking Lamb’s voting record to Pelosi’s and using audio of Trump’s speech in Pittsburgh, urging him to run for Congress.

“Democrat Conor Lamb, he never votes with us,” Trump said. “We have to stop this Democrat insanity and go back to work.”

“Sean Parnell, who is a fantastic military man,” Trump said. “Sean Parnell is going to run against Conor Lamb, that will help the energy business a lot. And he should win.”

Lamb’s campaign declined to provide a comment for the story, but campaign manager Coleman Lamb sent out a tweet on Thursday afternoon criticizing the ad from Parnell saying, “An official, taxpayer-funded Presidential appearance at Marcellus Gas turned into a campaign ad in one week. Almost as if was planned…”

Although Parnell’s campaign website doesn’t list specific policy proposals, he has been a vocal supporter of Trump during his appearances on Fox News and on social media.

Just hours before appearing on Fox News to share his intentions, he placed a picture on Twitter with himself and Donald Trump Jr. teasing the upcoming announcement. Recently, Parnell has voiced his support for Trump’s decision to withdraw troops from northern Syria in a tweet Oct. 27, criticized the Democratic Party’s impeachment inquiry into Trump as proof he believes that they can’t defeat him at the ballot box, and also applauded Trump for a speech on border policy on Jan. 26, 2017.

Prior to Trump’s announcement in Pittsburgh in which he mentions Parnell, Trump sent out a tweet thanking him for commentary he provided on Fox & Friends in Dec. 2018.

Other social media postings show Parnell calling for Gen. Michael Flynn, who pleaded guilty in Dec. 2017 for “lying to the FBI about conversations he held with a Russian ambassador to the United States about sanctions imposed on Moscow,” to be “exonerated immediately.”

Parnell’s support for Trump dates back to his time as the Republican nominee, when he penned an op-ed in September 2016 saying that Trump was on track to win Pennsylvania. During the Republican National Convention in 2016, Parnell seemingly took a shot at Sen. Ted Cruz’s speech in a tweet saying that Cruz “shouldn’t have shown up & given a speech if he didn’t support Trump.”

After a review of his Twitter account, the only tweets provided that showed some criticism of Trump date back to 2016 when he was a candidate for President. In a tweet on Feb. 26, 2016, Parnell appears to credit Sen. Marco Rubio (R-FL) during a GOP presidential primary debate performance for “bringing the heat tonight. Taking on Trump & talking substantive issues.” Parnell took issue with Trump saying he “hates it when Trump says take the oil,” adding that US troops are liberators and protectors, “we aren’t pirates,” on September 26, 2016.

His most direct criticism of the president on Twitter came after Trump claimed that Sen. John McCain was “not a war hero.” Parnell called Trump’s statement against McCain “the height of arrogance & show that he has no clue what our Vietnam POWs endured.”

While Parnell has attacked Lamb for his policy positions, claiming that they are out of step with the district, he has admitted on Twitter that he currently lives two miles outside of the district, saying the new congressional boundaries pushed him out of the previous district.

Parnell is third Republican to enter the race for the 17th Congressional District, but his opponents have taken notice and delivered veiled shots at him since his announcement.

Scott Timko, a former Air Force pilot and small business owner, was the first to formally enter the race against Lamb. Timko sent out a tweet on Oct. 30 saying that he can “actually vote for myself unlike my newly declared primary opponent.#SellingideasNotbooks.”

Brian Thomsen, a former Green Beret, MBA and business consultant, who wasn’t registered to vote in the state as of earlier this month, is the second Republican who entered the race. He shot out a tweet on Thursday afternoon criticizing Lamb for voting for the impeachment resolution and calling Parnell “just a late entry.”

According to FEC filings, Lamb is the lone Democrat who has filed to run for the seat thus far.