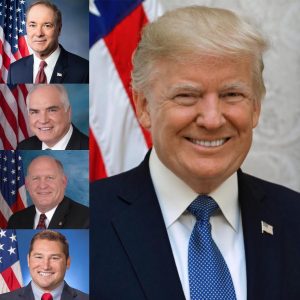 The fight over mail-in ballots heads to the courts in Pennsylvania.

“Defendants have sacrificed the sanctity of in-person voting at the altar of unmonitored mail-in voting and have exponentially enhanced the threat that fraudulent or otherwise ineligible ballots will be cast and counted in the forthcoming general election,” says the suit, filed in the U.S. District Court for the Western District of Pennsylvania, according to the Philadelphia Inquirer.

The Inquirer added that the suit says that mail ballot drop boxes were “unconstitutional” in the way they were used in the most recent election, although instances of voter fraud are rare. The use of these mail ballot drop boxes were “largely new” to the state for the primary, and the drop box locations were set up in response to county offices “struggling to keep up with voter demand for mail ballots,” the Inquirer reports.

Voters could drop off their ballots at the drop box locations, but the lawsuit claims that this is a violation and add that the ballots should be directly sent to county elections offices.

Both the Pennsylvania Democratic Party and former Vice President Joe Biden’s campaign slammed the effort to change mail-in voting in the state, accusing Republicans of attempting to “suppress the vote” for the general election.

“Donald Trump and Washington Republicans are trying to suppress the voices of Pennsylvanians because they know the easier it is for everyday people to vote, the more likely it is that they will lose — Trump has said so himself,” said Pennsylvania Democratic Party Executive Director Sinceré Harris in a release. “Statewide vote-by-mail was a bipartisan proposal passed by Republican majorities in Harrisburg. It’s sad but predictable that once Pennsylvania Democrats blew Republicans out of the water in vote-by-mail sign-ups — to the tune of 1.28 million to 528,000 — Trump and his enablers decided to scream and yell about it.”

“Voters should have more options for voting, not fewer, and no American or Pennsylvanian should have to choose between their health and exercising their right to vote. That means expanding options for participation both by-mail and in-person,” said Emma Riley, a Biden spokesperson, according to PA Post. “That isn’t a partisan issue, but Pennsylvania Republicans and the RNC are clearly concerned with demonstrating their fealty to Donald Trump and his conspiracy theories than they are with making it easier for Pennsylvanians to vote this fall.”

Defending the lawsuit, Kelly described the issue as bipartisan and said the changes sought by the Republicans are an attempt to provide transparency and accountability.

“I don’t care if you are a Republican, Democrat, or Independent, ensuring the integrity of our election process is critical,” Kelly said in an emailed statement to PoliticsPA “In less than one year, we have seen elections in Pennsylvania change substantially because of mail in voting.”

The Butler County Republican continued to criticize Gov. Tom Wolf’s decision to sign an executive order to extend mail-in voting by a week in six counties as a result of the coronavirus pandemic and “civil disturbances.”

“On top of that, the Governor, a day before the primary election, extended the mail in ballot deadline to the week after election day,” Kelly continued. “With all these changes, we need more, not less, transparency and accountability in our elections. We must ensure that every single eligible person is able to vote and when they vote, it counts and is not diluted by fraud.”

Philly Clout reported in the beginning of May that, “The Republican National Committee in April sent mailers to Pennsylvania voters urging them to vote by mail,” although Trump has been vocal against mail-in voting.