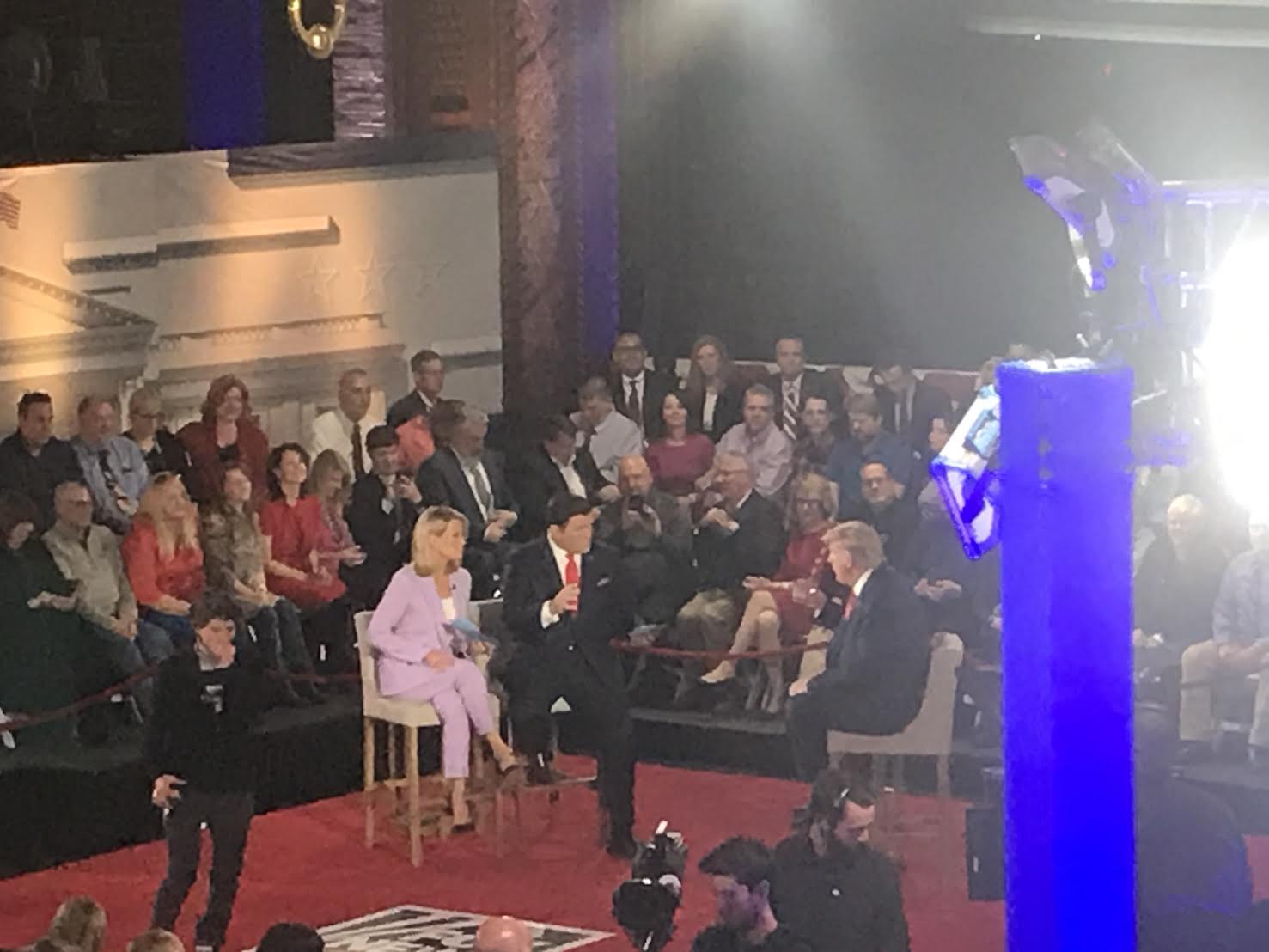 SCRANTON- In President Donald Trump’s first visit to the keystone state in 2020, he addressed a variety of issues on the minds of voters in Pennsylvania and the nation as a whole, while also taking shots at a variety of Democratic presidential hopefuls.

During the hour long town hall hosted by Fox News’ Bret Baier and Martha MacCallum on Thursday evening, Trump boasted about his record on nearly every issue that he was asked about, but specifically cited economic numbers as the reason he believes he will win Pennsylvania in November.

“This area of Pennsylvania and Pennsylvania itself is, this is the best numbers they’ve ever had,” Trump claimed, while talking about the unemployment rate in Scranton and the whole state. “Based on results, I think we’ll win it again very easily.”

In the previous presidential election, Trump was the first Republican presidential candidate to win Pennsylvania since George H.W. Bush won the state in 1988. His narrow victory over Sec. Hillary Clinton was in part to flipping three counties that previously voted for President Barack Obama twice and making large gains in Northeast Pennsylvania, including the area where the town hall was taking place.

A key talking point Trump has emphasized at previous rallies in Pennsylvania and reupped during the town hall was touting his administration’s trade policies. He detailed reworking trade deals with a number of nations and said that the economy would benefit after they are fully implemented. Trump specifically criticized former Vice President Joe Biden while talking about the USMCA trade pact, which passed with support from every member of the state’s Congressional delegation, and blamed Biden for NAFTA, which he described as “the worst trade deal ever made.”

The economy was also rated as the top issue on Pennsylvania voters’ minds in the upcoming election in that same poll with 21% selecting that as their top choice.

Trump was asked during the town hall by a woman named Audrey, who mentioned Bucks County in her question, about why the Republicans have “failed to come up with an alternative plan to Obamacare,” and what plan does he have on the matter that Republicans will rally around.

Trump called the Affordable Care Act, “defective” and said that his administration’s moves to repeal the “bad parts” of the healthcare law have improved healthcare in the country, and added that if Republicans regain control of the House, retain their majority in the Senate, and if he secures a second term that a better healthcare law would be passed.

“What we’d like to do is totally kill it, but before we do that, come up with something that’s great,” Trump said. “What we’ve done is we’ve really managed Obamacare, the remaining portions of it.”

Trump didn’t dive into many specifics about what his healthcare plan would include, but said that removing the individual mandate and protecting pre existing conditions were priorities.

Trump described Biden and Sanders, the two remaining Democratic frontrunners for the party nomination as “two very different people,” although he said he was prepared to take on either one. He said that he was “set for Bernie” and called him a “communist” and also went on a rant about Biden on free trade, recent gaffes, and his son, Hunter’s business dealings.

As Trump spoke with confidence about facing either Biden or Sanders, polling in the state shows mixed reviews for the president keeping Pennsylvania in the win column.

A Quinnipiac University poll released two weeks ago showed all of the Democratic presidential frontrunners leading Trump in the state with Biden holding the largest lead of 8 points and Sanders leading Trump by 4 points. However, a Morning Call/Muhlenberg College poll released last week showed Sanders with the best odds as the only Democrat defeating Trump head to head in the state by 3 points, while Biden was tied with Trump, although both results were within the margin of error. The Morning Call/Muhlenberg College poll also broke down Trump’s support in each region of the state, showing his worst numbers in Philadelphia and strongest numbers in Northeast Pennsylvania.

The Pennsylvania Democratic Party issued multiple statements throughout the day criticizing Trump on the economy and healthcare.

“Donald Trump is an ineffective leader and nothing he said tonight changes that. He has broken promise after promise to Pennsylvania families and still has no answers,” said Pennsylvania Democratic Party Chairwoman Nancy Patton Mills. “We’re still waiting to hear why he is trying to end protections for 5 million Pennsylvanians with pre-existing conditions, or why his administration is supporting a lawsuit that would rip health coverage away from over 800,000 people in the Commonwealth.”

The PA Democratic Party also issued a statement slamming Trump and Sen. Pat Toomey, who was in attendance at the town hall, for their response to the Coronavirus.