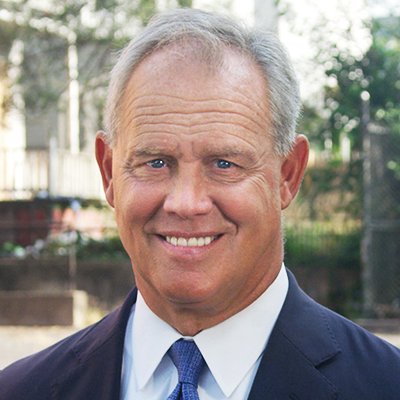 House Speaker Mike Turzai (R-Allegheny) announced on Wednesday that he will retire from the House on June 15. His decision marks the end of a legislative career that significantly impacted Pennsylvania politics over the past two decades.

In an hour long farewell, Turzai reflected upon his time in elected office and thanked a number of people who helped him along the way, while also detailing some of the issues that were most important to him. A conservative Republican, he specifically highlighted his support for school choice, job opportunities in the private sector, pro-life policies, and more.

Spotlight PA first reported on Tuesday evening that Turzai was planning on announcing his retirement.

Although Turzai spent the bulk of the time touting the work the legislature has done and thanking his family and elected officials that have helped along the way, a few other speakers had the opportunity to speak to thank Turzai for his service in elected office.

House Majority Leader Bryan Cutler (R-Lancaster), who Turzai lauded as doing a “great job,” spoke for about 7 minutes thanking the outgoing Speaker as being a leader who “brought the caucus” with him during his years leading the House GOP, plus adding that every resident in the commonwealth is better off due to his time in office.

Cutler will serve as temporary Speaker for a week or so, and scuttlebutt in Harrisburg is that he will run unopposed for the Speaker’s chair. Majority Whip Kerry Benninghoff (R-Centre) is poised to face Appropriations Chairman Stan Saylor (R-York) for the Majority Leader position. The elections are expected to be held June 22 and 23.

House Minority Leader Frank Dermody (D-Allegheny), who Turzai referred to as a “class act” and “fair person,” spoke for 5 minutes on the House floor. While the Allegheny County Democrat pointed out that there are very few issues that they agree on, but he believed that Turzai did a “good job” as speaker and referenced the amount of time they’ve known each other, dating back 30 years when they both served in the Allegheny County District Attorney’s office together.

There was also a video presentation that included highlights from Turzai’s career advocating for several of the issues he referenced during his address, while also including messages of well wishes from Democratic Philadelphia City Councilmember Cherrelle Parker, describing the Allegheny County Republican as an “unlikely ally,” and former Lt. Gov. Jim Cawley who said thanked Turzai for his leadership and also added that the “private sector ain’t that bad.”

While Turzai first announced in January that he would not seek reelection in 2020, rumors have swirled for several months about his next move, although he did reference helping the economy in the private sector during his Wednesday afternoon address.

Spotlight PA reports that “Several media reports and sources have speculated that Turzai will take an executive position with Essential Utilities Inc., a Bryn Mawr-based company that this year acquired Peoples Gas of Pittsburgh. That company was formerly known as Aqua America Inc. and is a major Turzai donor whose CEO, Chris Franklin, is a close friend of the lawmaker.”

Turzai, who was first elected to the state House in a special election in 2001, has served as Speaker since 2015.

The Allegheny County Republican has been at the center of every major discussion in Harrisburg during Gov. Tom Wolf’s tenure thus far and even launched a short lived bid for governor in 2018.

Turzai’s most recent reelection bid in 2018 was his closest race since serving as Speaker when he bested Democrat Emily Skopov by 9 points for the 28th House District.

Republican Robert Mercuri, who was endorsed by Turzai, will face Skopov in the general election for the seat.