Update: PoliticsPA has obtained the Toomey specific version of the ad (above), which was produced by SKD Knickerbocker.

Beginning Monday, Mayor Michael R. Bloomberg will continue his push for gun control with a $12 million national advertising campaign. TV commercials will be paid for by the Mayors Against Illegal Guns Action Fund, the super PAC he co-founded and largely funds. Ads will air in 13 states – including Pennsylvania, where it is meant to persuade Senator Pat Toomey and voters who remain undecided on the issue. 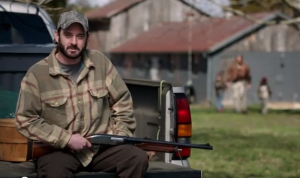 “I’ve owned a gun all my life, and I’ll fight for my right to keep it. Background checks have nothing to do with taking guns away from anyone,” says the ad’s star, a man who looks like he could be counted among the “bitter clingers” of the world. He’s holding a shotgun while he sits on the back of a pickup truck against a rural backdrop.

“Closing loopholes will stop criminals and the dangerously mentally ill from buying guns. That protects my rights, and my family.”

The organization declined to specify how much of the $12 million would be spent in Pa. or in which markets.

The campaign is meant to support congressional action on gun control, an issue that has been high on Democrats’ legislative agenda since the Sandy Hook tragedy in December.

The spot focuses exclusively on universal background checks. It makes no mention of an assault weapons ban, something that MAIG and Democrats had sought but dropped when it became apparent it had little chance of passing the House or Senate.

According to Bloomberg, the absence of such a ban from the campaign is deliberate. Speaking with the New York Times, he said he does not want to lose everything in the interest of getting the perfect.

Pennsylvania polls have mirrored the national ones that show wide support for universal background checks: 95% of Pa. voters backed the idea in a Quinnipiac poll; 94% according to Franklin and Marshall; and 81% according to Mercyhurst. A MAIG-commissioned poll put the number at 88%.

Here’s the second MAIG ad ad in the same vein: