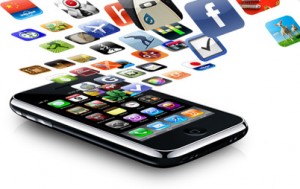 The new app, simply titled “Mitt’s VP,” allows users to learn of Romney’s choice through a push notification on their mobile device. Zac Moffatt, Romney’s digital director said in a campaign press release that the new software allows first access to the biggest political announcement of the year.

““The first official way to learn the name of the Republican Vice Presidential candidate is by using our new ‘Mitt’s VP’ app,” Moffatt said.

“Users of the app will be the first to get the news on the biggest political decision of the year through an instantaneous alert on the one device most people carry around the clock – their phone.”

Already well-known for their digital prowess, President Obama’s campaign released a new online application this morning that consolidates many digital tools already used by the campaign into one program.

With a goal of repeating their grassroots success from Obama’s 2008 presidential campaign, the latest announcement reflects a new effort by the campaign to mobilize volunteers across the country. Campaign officials said the new development will create a more stable and efficient national organization.

In addition to its organizational capabilities, Austin said the app provides Obama’s plans for localized issues.

“And the heart of the app is its local impact: there is state-by-state, issue-by-issue localized information on how President Obama is moving us forward – from middle class tax relief to healthcare to energy and beyond,” Austin said.

The app also shares campaign news with users, and can sync with Facebook, Twitter and email for cross-platform use.

An additional feature of the app for Pennsylvania residents and other states with newly enacted voter ID laws is a hotline where users can report voting issues and abuse as the November elections approach.