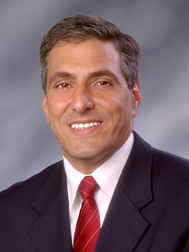 The Democratic Congressional Campaign Committee is ratcheting up their Medicare-themed messaging in four PA swing districts this month. The committee is targeting Reps. Charlie Dent, Mike Fitzpatrick and Pat Meehan with robocalls. They’re taking it a step further in PA-11 and airing radio ads against Rep. Lou Barletta. It’s part of Dems’ “Drive for 25” campaign to regain House majority.

The campaign began on August 4th after the tentative ceasefire during debt ceiling negotiations. The calls and ad take as their basis Rep. Paul Ryan’s budget and the Cut, Cap and Balance plan, which Dems content would end Medicare as we know it without raising the top tax rate for wealthy Americans. Dems accuse the swing district Congressmen of favoring “Millionaires over Medicare.”

To regain the House majority, Democrats need to flip 25 seats. Our state – and eastern Pennsylvania in particular – will be at the center of the 2012 battle for control of Congress.  Democrats lost five seats here in 2010 and the party has repeatedly targeted members of PA’s GOP delegation so far this year.

Barletta will be targeted by 15-second radio ads, as follows:

“Once again, the radical left has to resort to lies and distortions. Medicare is running out of money and will end on its own unless actions are taken to save it. Even President Obama said during a press conference on July 11, ‘Medicare in particular will run out of money and we will not be able to sustain that program no matter how much taxes go up.’ Even the president says tax increases won’t save Medicare. But that doesn’t stop the DCCC, which is not only lying to senior citizens and scaring them, but is also contradicting the president – the leader of their party – to do it. How much lower can they stoop to frighten senior citizens?”

Constituents in the other districts will receive robocalls (the script for Rep. Meehan was chosen at random – they are all nearly identical).

“Hi, this is Clare from the Democratic Congressional Campaign Committee calling about Congressman Pat Meehan’s vote to end Medicare in order to protect millionaires.

“You’ve paid into Medicare and deserve the Medicare benefits you’ve earned. But while you’re paying $6,400 more for your health care, Big Oil and millionaires will get big tax breaks.  That’s not right. Everyone agrees we must cut spending and tighten our belt, but Meehan has made the wrong choice.