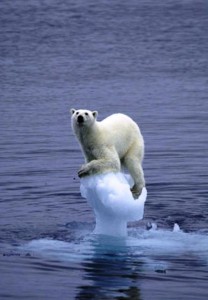 One senator asked E. Christopher Abruzzo, Tom Corbett’s Nominee for Department of Environmental Protection Secretary whether he believed in climate change. Democrats were not pleased with his answer.

“I have not read any scientific studies that would lead me to conclude that there are adverse impacts to human beings or to animals or to plant life at this small level of climate change,” he said.

Abruzzo told the committee he does believe climate change is occurring and that it seems to be at least partially attributable to human factors, but he does not view it as harmful and sees no reason for Pennsylvania to adopt new policies to address it.

Abruzzo was appointed by Governor Tom Corbett to serve as Acting Secretary of the Department of Environmental Protection. Previously, he was Corbett’s Deputy Chief of Staff. His official confirmation hearing to drop the “Acting” from his title was held on Tuesday.

Senator Daylin Leach (D-Montgomery) contested Abruzzo’s answer, and eventually was the only Senator to vote against his confirmation.

“That’s odd,” Leach said, pointing to extensive media coverage of “the immediate and drastic results of climate change on species’ diversity, on human sustainability, on deaths from air pollution, on all kinds of things.”

Abruzzo shot back at Leach today in a letter.

While we may have differences on how best to address certain issues, it is imperative that we do so in a respectful manner that does not mischaracterize the position or statements of others. I was, therefore, disappointed to read your press release, which stated that I do not believe climate change is man-made; is not a problem; and that our state has absolutely no obligation to do anything whatsoever to address it. – I never made these statements, and they do not reflect my beliefs nor those of DEP or the Administration. To the contrary, I acknowledged that climate change is real, is affected by humans, and that I believe the people of Pennsylvania are doing their fair share to address what is, by definition, a global issue requiring a global response.

Today, more Democrats piled on Corbett and his choice of Abruzzo.

Katie McGinty, a gubernatorial candidate and herself former DEP Secretary, directed her criticism at Corbett.

“This walk-around is an unfortunate joke, of course,” she said. “But the real question is: what do you believe Tom Corbett?”

Corbett had previously been asked about his beliefs on climate change back in July.

“Well, what I believe is that we need to be able to provide jobs for the people of Pennsylvania. Whether you view that as climate change, I don’t know,” Corbett responded, deflecting from his own beliefs about climate change. “But I believe in trying to grow the jobs we need to come in with all forms of energy.”

“Christopher Abruzzo not only lacks the qualifications to lead the Department of Environmental Protection but his dangerous views could put Pennsylvania’s environment, natural resources and safety in jeopardy,” Congresswoman and gubernatorial candidate Allyson Schwartz said (D-Montgomery). “Given Abruzzo’s statements at his confirmation hearing, I call on Governor Corbett to withdraw his nomination.”