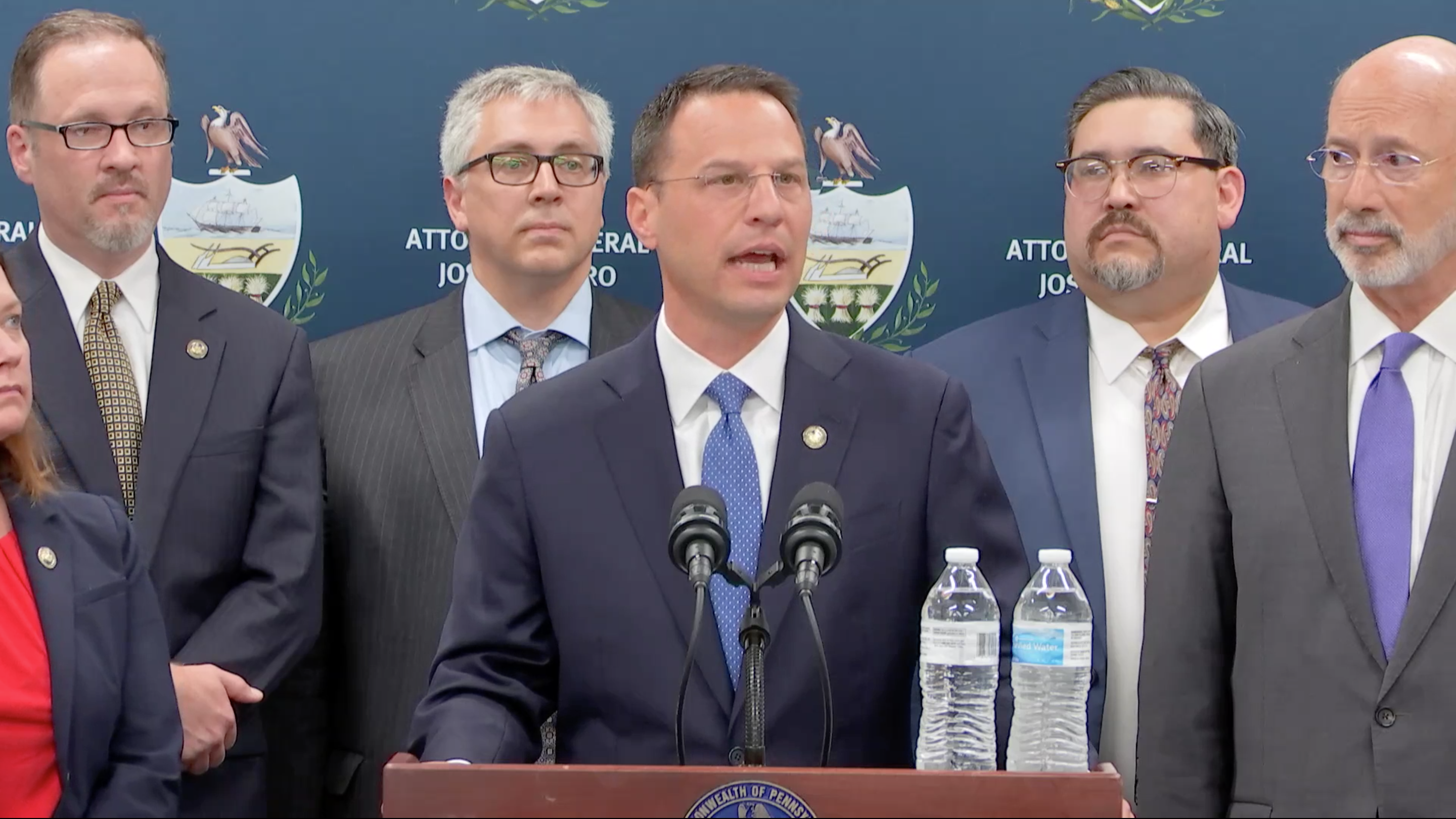 The clock was ticking, but an agreement was reached by the two giant Western Pennsylvania healthcare providers.

“Today, I can announce we have an historic agreement to continue world class care for the people of Western Pennsylvania,” Attorney General Josh Shapiro said at a press conference announcing the news, today.

The conflict between UPMC and Highmark has lasted for years. In February, Shapiro filed a suit against UPMC as a “last resort” for not “fulfilling its obligation as a public charity.”

10 days ago, Commonwealth Court ruled that the consent decrees between Highmark and UPMC was set to expire at the end of the month, which was the court’s second decision on the matter in a year, the Post-Gazette reports. At the time, Gov. Tom Corbett helped negotiate a consent decree to delay the divorce.

Shapiro and Gov. Tom Wolf thanked the two companies for reaching a solution today without the government being apart of the deal.

“This is a really, really big deal,” Wolf said. “This is something that’s been dividing this community and really served as a potential problem for all of Pennsylvania ever since I’ve been in office.”

Shapiro said that the conversations on the “complex” matter intensified recently and that both companies sacrificed things to make it a true agreement putting patients first.

“It was an honest and tough and productive dialogue about the steps we could take together to protect access to care regardless of what the court might ultimately say,” Shapiro said. “As a result of these discussions, patients are no longer caught in the middle and the power is returned to the consumers.”

Shapiro and Wolf said the two companies will no longer work as adversaries, but work as allies. The contract will go into effect on July 1.

A slew of Western Pennsylvania elected officials have shot at press releases applauding the decision for both companies to come together on the matter.

In a release, UPMC described their role as “essential to the region’s well-being” and Highmark’s statement lauded the deal as a “significant step forward” for Western PA.

The Post-Gazette includes a timeline of events dating back to June 2011.