A busy news week for us here at PoliticsPA. And a week of celebrations – National Chocolate Covered Raisin Day, for instance. But more importantly, we celebrated National Cheesesteak Day.

Yes, there are those who prefer Pat’s or Geno’s. We’re a little partial to Tony Luke’s, but that’s just us.

Would that get an Up or a Down from you? Here’s what we think for the week that was March 21-25. 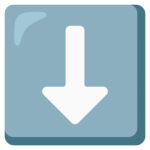 Steve Irwin. When a U.S. District judge indicates that she did not sign your nomination petition, it never bodes well. The address information on the petition was correct, Cathy Bissoon said, but federal judicial ethics rules have stipulations on judges engaging in political activity. At least five other people who live on the same street as the justice said they also did not sign a nomination petition for Irwin and that the signature on the petition is not theirs. Irwin’s campaign said in a statement that they were aware of the concerns raised about the “validity of certain signatures submitted with our petitions.” The other candidates in the race did not challenge Irwin’s petitions, noting that he had amassed more than enough legitimate signatures and would probably qualify.

Conor Lamb. When your super PAC says you’re 30 points behind in the race, it’s tough to look upon that as a positive. The Penn Progress super PAC is warning prospective donors to Lamb’s U.S. Senate run that he is trailing frontrunning lieutenant governor John Fetterman. A memo obtained by POLITICO says that the public perception of Fetterman must change and points out the testing of negative messaging, including that he is a “dangerous radical who proudly calls himself a socialist,” and “supports far-left policies like a $34 trillion government takeover of healthcare.” Lamb has discovered that reminding everyone that he is the moderate candidate is taking him only so far.

Dave White, Jake Corman, Bill McSwain and Lou Barletta. The campaigns of the quartet agreed to a set of criteria that must be met for all four campaigns to attend any debate. Moderators must be registered Republicans and live in PA; they must not have spoken negatively about any of the candidates on stage or works for an organization that has maligned one; they have not endorsed or donated to one of the candidates on stage; and, no questions with answers shorter than 30 seconds. The fallout was swift. Political observer Terry Madonna said, “I just don’t know why they’re necessary.” Fellow GOP candidate Melissa Hart said the four’s “diva-esque debate demands” are hypocritical for men “who will leap at the chance to bemoan ‘cancel culture’ or ’safe spaces’ if they think it will earn them a spot on cable news that night.” 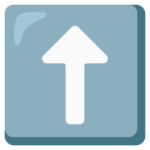 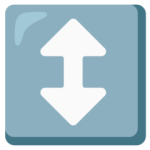 Jeff Coleman and Chris Frye. The Republican candidates for lieutenant governor released a video via social media, calling for more civility among the GOP candidates for all offices. The pair addressed the campaigning tactics of Doug Mastriano and Teddy Daniels, in particular. Taking alternate turns speaking, Coleman and Frye called them out for “using slogans and borderline slander to pit one group of conservative Republicans against another saying one side is right, but implying the rest are somehow enemies of the people.” Daniels said “The days of playing nice are over. The time of playing nice is over. You have the democrats coming at us with brass knuckles and baseball bats and we still have people on the right that want to play patty-cake and engage in pillow fights. That’s not how we win.” Coleman and Frye said the video “is a respectful appeal to Mastriano and Daniels to stop these baseless attack and focus on the issues because that is what the voters deserve.”

Dominion Voting Systems. It was a good day in court for the Denver-based company as it won an appeal before the state Supreme Court. The decision revives Dominion’s request that any inspection of its equipment be conducted by a federally accredited voting system test lab or a national laboratory used by the U.S. Department of Homeland Security’s Cybersecurity and Infrastructure Security Agency.

Kathy Barnette. The conservative political commentator was the winner of the PoliticsPA readers poll on which candidate Republicans should nominate for the U.S. Senate seat currently held by Pat Toomey.

Jason Richey. We hardly knew ye. The Pittsburgh attorney announced that he is withdrawing from the race for the Republican nomination for Governor and is endorsing Bill McSwain. He won’t be the last, as party leaders have begun working on a strategy to persuade some candidates who are perceived as weaker to drop out. They worry that a weak or polarizing candidate could theoretically win the primary election with less than 20 percent of the vote.  What does his endorsement of McSwain mean for his immediate political future?

Chris Rabb. The Philadelphia Democrat representing the 200th District is proposing an idea many of us can get behind – the four-day work week. “Many companies around the globe have started pilot programs concerning a four-day work week and the results have been promising. There are reports of better work/life balance, higher morale among employees and less spending on child care,” Rabb wrote in a statement. “We have different family dynamics (now) that changed our ability to work a five-day work week and it’s time we help give people their most precious commodity back – their time. Because everyone deserves to work to live and not live to work.”

James Salmon. The 90-year-old former neurosurgeon announced that he is no longer a candidate for the Republican nomination for state representative in the 3rd District. “My thought is that I will unlikely end up in Harrisburg. If I can bring in some new ideas into the campaign, get some attention in this very, very important job, then I will feel that I have done what I want to do.”