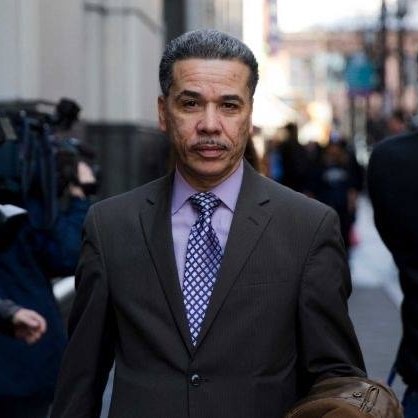 A former homicide prosecutor has announced his candidacy for the Democratic primary against Philadelphia District Attorney Larry Krasner.

In a release about his bid for the office, Vega promised to decrease the murder rate in Philadelphia, while also being a voice for the families of victims.

“We will decrease our murder rate and rampant violence while insuring that the rights of everyone involved in the criminal justice system are protected,” said Vega. “I’m running for District Attorney of Philadelphia to represent the victims who will never come home to their families. Every shooter who is still on our streets and has not paid their debt to society is a policy failure of the current administration.”

During his formal announcement for the office on Wednesday, Vega pinned the blame at Krasner for the increased murder rate and promised that under his leadership that Philadelphia would be “better, safer,” according to the Philadelphia Inquirer.

Vega was also joined by multiple families of gun violence victims during his campaign announcement, who criticized Krasner’s handling of their cases.

Krasner’s campaign responded to Vega’s entrance into the race by touting reforms to the office and painting their challenger as a candidate whose policies have “already been rejected” in Philadelphia.

“The voters in Philadelphia have a choice: they can go back to the time where we locked people up no matter the cost, failed to hold the powerful accountable, and locked up the innocent,” said Brandon Evans, Krasner campaign manager. “Or we can continue moving forward, implementing ways to build people up, to focus on the serious crimes where people have caused real harm, and to make sure those police who abuse the public trust are held accountable–so that the public trusts us.”

Evans continued to accuse Vega’s campaign of making “thinly-veiled references to George Soros… engaging in the same tropes you see from Fox News and the FOP.”

In the 2017 Democratic primary, F.O.P. Lodge 5 backed Rich Negrin, who finished third in the crowded seven candidate primary. The F.O.P. endorsed Republican Beth Grossman against Krasner during the general election for District Attorney.

Other priorities listed on the platform page include: “respect victims of crime; stop human trafficking; protect small businesses; and adopt a school.”

Vega was one of the 31 staffers that Krasner fired after he took office in January 2018 and he filed a lawsuit last year against Krasner alleging that his firing was based on age descrimination, according to the Philadelphia Inquirer. Krasner has denied the allegation and the lawsuit is still pending in federal court.