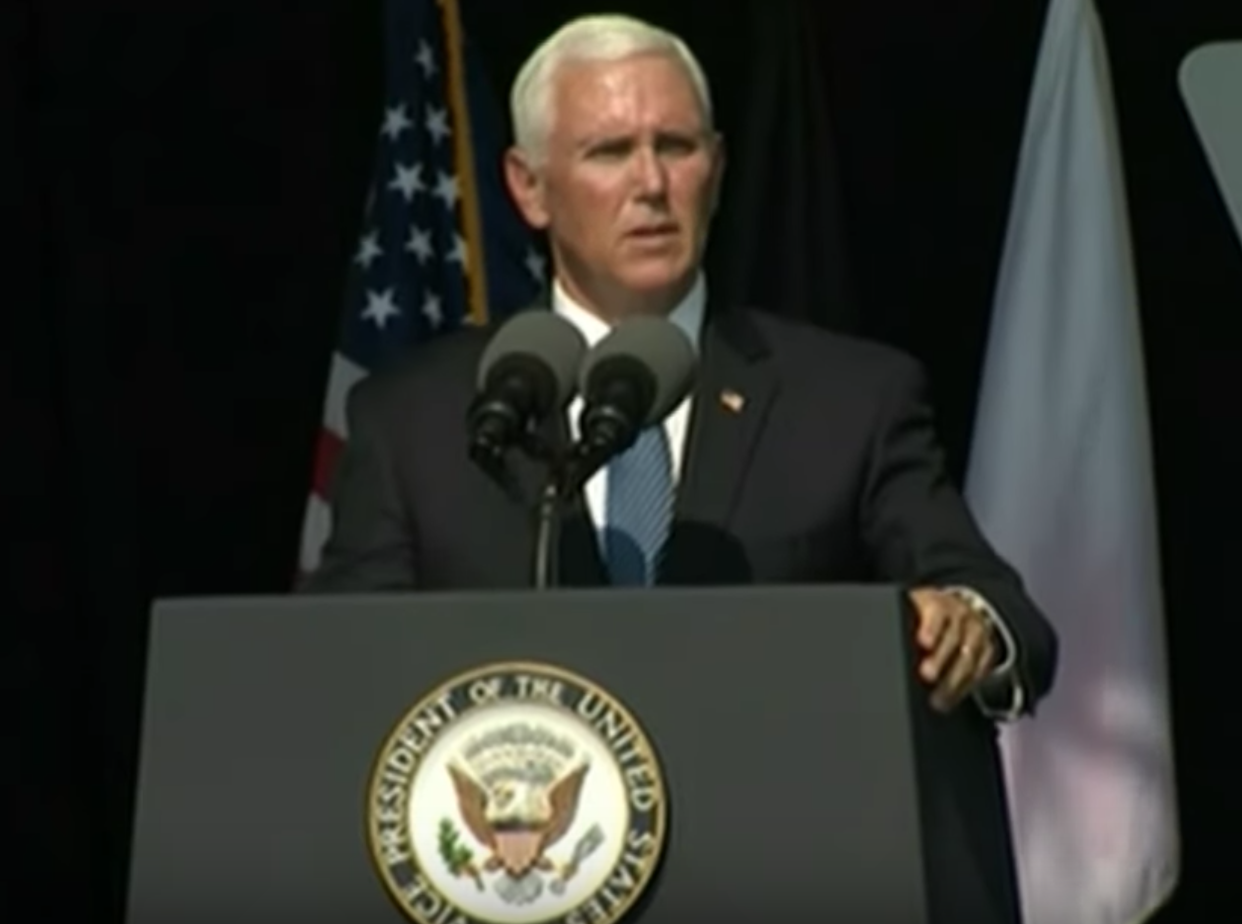 Today, Vice President Mike Pence delivered a speech reflecting on the sacrifice made by the 40 passengers and crew members of United Airlines Flight 93 that were killed 18 years ago on September 11.

“Today all across this country, Americans will pause to reflect, remember and never forget the events of this day 18 years ago,” Pence said.

“President Trump asked me to be here today to pay a debt of honor,” Pence said. “To the memory and families of the 40 passengers and crew members of Flight 93. Men and women who rose up, who fought back, and who met unspeakable evil with selfless heroism and American strength.”

Pence recounted stories of those on the plane and described the Flight 93 National Memorial near Shanksville where they were gathering as a “field of honor.”

“Here, where a common field one day, became a field of honor forever,” Pence said.

Pence also spoke about how a generation has now grown up since the attacks on Sept 11, 2001 who do not have a direct memory of the day.

“The rest of us, my fellow Americans, must tell the story. We must never forget, and never fail to honor the memory of those who were lost here, in New York City and Washington D.C. … we will tell their story. We will honor their memory, always,” Pence said according to WESA. “Americans will ever be inspired by the faithful and courageous words and deeds of the heroes of Flight 93.”

Last year, President Donald Trump, along with Gov. Tom Wolf, Former Gov. Mark Schweiker, and then-Secretary of the Interior Ryan Zinke delivered remarks at the memorial. Pence spoke at the memorial in 2017 as well.