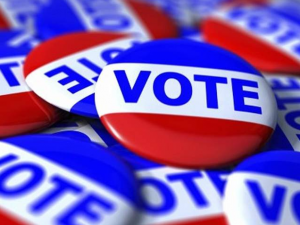 Republicans were doing a great job eating into their voting registration deficit over the past year. In August, however, the Democrats were finally able to staunch some of the bleeding.

Meanwhile, Democrats were able to run up the numbers in Philadelphia (6,778) and Allegheny (1,459). The Dems also made gains in Lehigh (320), Centre (221) and Dauphin (157) counties, home to Allentown, State College and Harrisburg respectively.

The Democrats also made progress in the collar counties around Philadelphia. They added 1,465 to their margin in Delaware County as well as 932 in Montgomery. The Dems even moved 373 voters closer in Chester, the one SEPA county where the GOP has the advantage.

Their brightest spot, though, was in Bucks County. This bellwether has gone for the popular vote winner in eight of the nine last presidential elections (the exception was 2004).

The Republican strategy to win PA depends on peeling away counties like Bucks. If they’ve hit their ceiling there that would be a terrible sign for their prospects, although a month remains until the October 11th voter registration deadline.