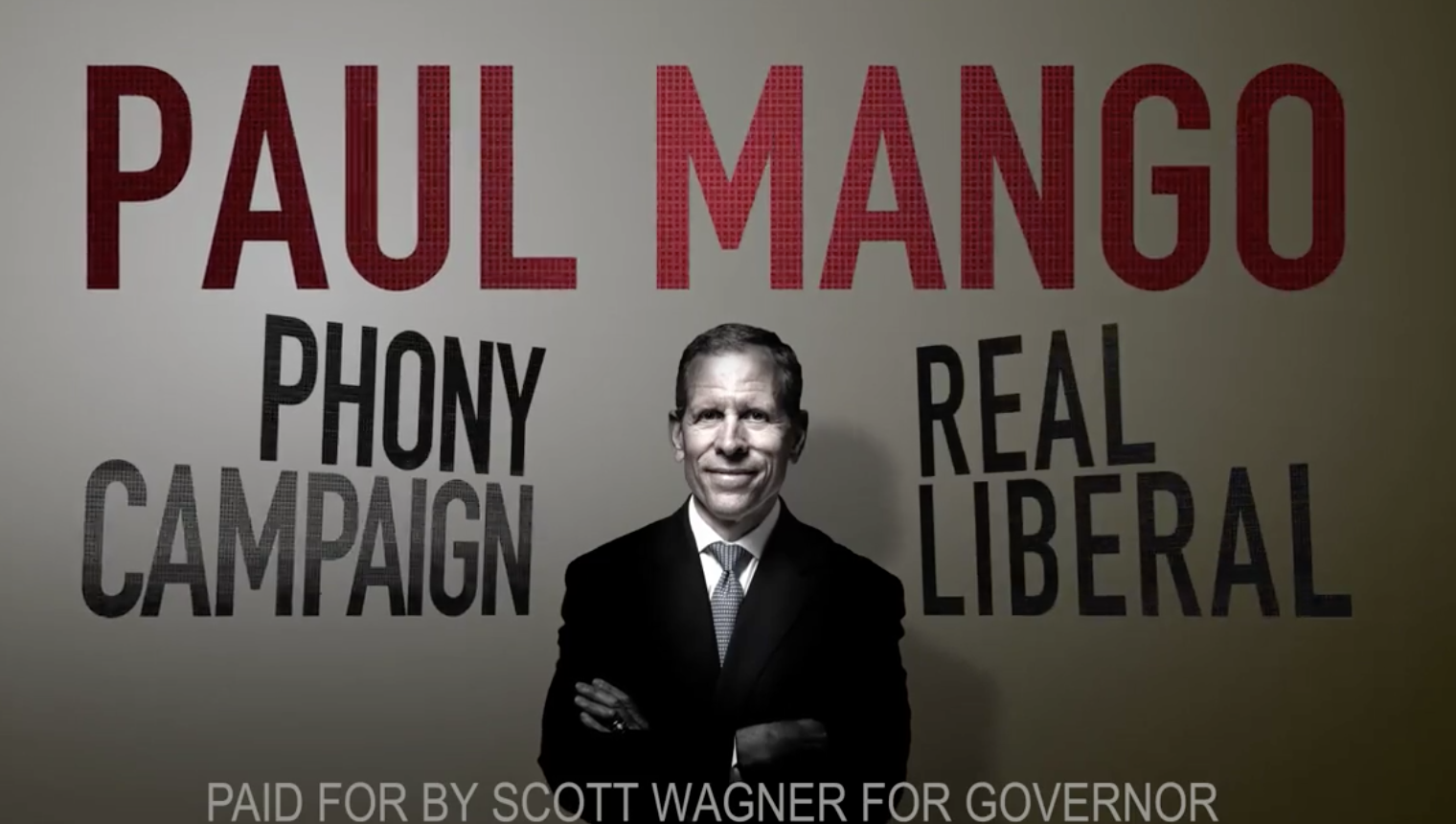 “Paul Mango’s attempt to convince voters that he is a true conservative is just as dishonest as his irresponsible attacks on Scott’s pro-life record,” Wagner’s campaign manager Jason High said.

“This ad will set the record straight, and make it clear to the people of Pennsylvania who Paul Mango really is and what he stands for. Paul Mango is for more government in our healthcare system, more jobs being taken away from hardworking Pennsylvanians and more spoils for liberal special interests. We already have a Governor who the media has dubbed the most liberal in America, why would we want to replace him with another one?”

The 30-second ad titled “Phony” says that Mango supported Obamacare, and his former company supports outsourcing jobs, and got a no-bid contract from the Pennsylvania.

“That’s because Mango was the leading advocate for Obamacare. And get this, Mango’s company is a leader in promoting outsourcing jobs to India and Mexico and got a $2 million no bid government contract from Tom Wolf,” the ad’s narrator says.

The ad will run in all six media markets in the state, with what the campaign describes as a significant buy behind it.

The ad comes a week after Mango’s an ad targeting Wagner over Pennsylvania’s Abortion Control Act.

The continued exchange between the two campaigns will likely continue to ramp up as the May primary approaches and both candidates push to shift the Republican base to their side.

“The only thing this ad proves is that Scott Wagner and his team of Harrisburg insiders can lie. Paul Mango has never even met Tom Wolf, let alone worked for him. And the only candidate in this race who supported Obamacare is Scott Wagner. Wagner and his Chief of Staff were the ones touting the “$500M savings” they claimed Obama and Wolf’s Medicaid expansion would provide Pennsylvania. This ad is the work of a desperate, insider politician who stoops to pitiful lies to save his ineffective political career.  Paul Mango stands as the one true conservative in this race who will fight for our jobs, our unborn, and the safety and security of our children,” Mango senior advisor Matt Beynon said.