Several conservative activists are sowing the seeds of a Tea Party challenge to Rep. Tim Murphy, PoliticsPA has learned. 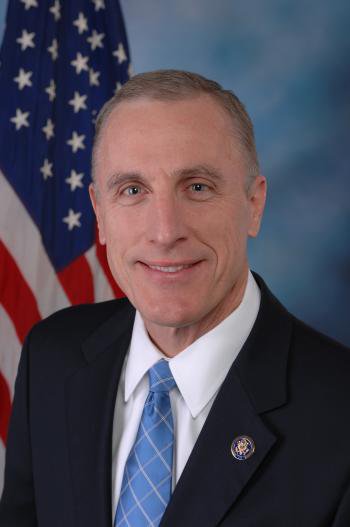 People affiliated with the PA Coalition for Responsible Government, among other Allegheny County conservative groups, are working behind the scenes to highlight Murphy’s moderate record on labor issues, and to recruit a candidate willing to challenge the five-term Congressman.

“We’re testing the waters to determine if there is interest in someone challenging,” said Bob Howard, the Republican candidate for Allegheny County Controller. “It really involves Representative Murphy’s position as it relates to labor.”

Several conservatives pointed to a vote last week as their most potent criticism of Murphy. The Congressman joined 27 Republicans who crossed party lines to block an effort to de-fund President Obama’s Executive Order 13502, which encourages the use of union labor by government contractors for military and Veterans Affairs construction projects. It ended up passing by one vote, 204 to 203.

“His vote was the deciding vote that kept in place an executive order requiring union workers on government projects,” said Howard.

“We’ve talked with several people in the area who have been involved with running previously. At this point, they don’t want to be mentioned as possible primary challengers to the Congressman,” Howard added.

“I know many people in his district and many grassroots leaders who are very upset,” said Pittsburgh Tea Party organizer Jeff Steigerwalt. “I think somebody is going to come forward and say, ‘All right, I’ll challenge him.’”

“I have talked to people who are very interested in challenging him,” regardless of redistricting, said Steigerwalt. “The people I talked to were pretty much sure that they would be in his area – Mount Lebanon, Upper St. Clair.”

“They’re working to recruit a challenger to Murphy now,” said an Allegheny County Republican insider. The source characterized the people pushing the effort as “Tea Party people,” who are “active in conservative groups, but none of them are on Republican committee.”

The source said conservative leaders have already spoken to several prospective candidates, including a lobbyist for one of the universities in Pittsburgh.

And when Keith Rothfus announced his intention to launch another bid for Congress in 2012, it was initially reported that he would proceed with a campaign even if he were redistricted into the 18th. His campaign manager later ruled out a primary challenge to Murphy.

Murphy’s office declined to elaborate on 2012 campaign, citing the uncertainty of redistricting.

“It’s too early to speculate about a campaign race in a district that isn’t even drawn yet. With the state legislative reapportionment process still underway, the exact configuration of PA congressional districts remains to be seen,” said Murphy Chief of Staff Susan Mosychuk.

“At this point, Congressman Murphy’s focus is on working for his constituents who overwhelmingly re-elected him with 67.3 % of the vote. He secured a decisive victory in the 18th congressional district — where only 37% are registered Republican voters — because of his independent voting record on supporting lower taxes, ending government bailouts and “stimulus” spending, and overturning the federal takeover of the healthcare system.”

Part of Murphy’s record is a history of cooperation with labor unions.

As of their 2010 scorecard, the most recent available, the AFL-CIO gave Murphy a lifetime voting score of 48 percent. It was the highest score of any Pennsylvania Republican and fifth highest among GOPers nationally.

According to OpenSecrets.org, labor has been a friend to Murphy as well. Since his election in 2002, the Congressman has received $477,700 from various labor union PACs. Though, in 2010, the AFL-CIO gave its endorsement to Murphy opponent Dan Connolly.

That said, southwestern PA is well known for its strong history of labor unions, and it is not uncommon even for Republicans in the area to be union friendly.

And any Republican challenger would face a steep climb against Murphy. He has over $635,000 cash on hand, according to his latest filing with the FEC. He won by a 2-1 margin last year, and some insiders predict that he will have over a million on hand by January 2012.

He was liked well enough by Republicans that his name has been floated as a possible challenger to Senator Bob Casey. He has reportedly deferred on that race, and some GOP insiders that PoliticsPA interviewed for this story believe Murphy intends to step down after two to three more terms in the House – leaving ambitious elected officials little cause to oppose him outwardly.

Those seeking to organize a challenger for Murphy understand the tough task ahead.

“Our agenda is not just to have a primary challenger,” said Howard, when asked about the political challenge of defeating Murphy. “Our agenda would also be to move the Congressman to an agenda that is more in line with limited government and freedom. That would be a great outcome.”