WaPo: Cohen ‘Probably Will Be Nominated’ For Canada Ambassador 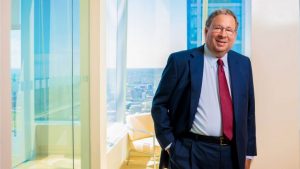 According to the Washington Post, Comcast Executive David L. Cohen “probably will be nominated as U.S. ambassador to Canada.”

This isn’t the first report to mention the Pennsylvania political powerbroker as a potential ambassador.

Politico reported in late November that Cohen was believed to be the frontrunner for U.S. ambassador to the United Kingdom, however that same report mentioned that a friend of Cohen’s said that he is interested in the ambassadorship or being the secretary of Commerce.

Cohen never served in office, but has played an influential role in politics in the Keystone State for decades.

He served as the Chief of Staff under then-Philadelphia Mayor Ed Rendell before becoming an executive at Comcast. He’s also served as Chairman of the Trustees of the University of Pennsylvania and its Executive Committee for over a decade.

5 thoughts on “WaPo: Cohen ‘Probably Will Be Nominated’ For Canada Ambassador”