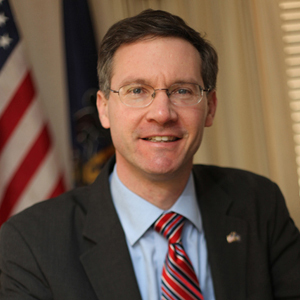 The Phoenixville Patch had the story, reporting that Kampf, the incumbent in PA-157, said, “Georgia has a very similar law. They’ve had it for six years. And they had it in 2008 and in those communities which often are said to have been impacted by Voter ID laws, the turnout was actually far greater than it should have been demographically.”

The comparison Kampf draws fails to take into account vital information, however, as noted by the Huffington Post. For instance, in Georgia the voter ID law was implemented about two years before the next presidential election — not three months.

Furthermore, the increase in voter turnout to which Kampf alludes was more likely a result of a focused effort by the Obama campaign to register voters in the area, as opposed to a direct or even indirect result of the Voter ID law. And, as reported earlier today, the AFL-CIO estimates around 20 percent of the state doesn’t have valid ID.

“There isn’t a demonstrated situation where these sorts of laws have disenfranchised people,” he added. “And, honestly, I’m beginning to feel like this law may actually enfranchise people. [Though] I can’t guarantee that,” Kampf said.

His opponent Paul Drucker responded to the comments in a press release, calling Kampf’s comments “preposterous” and “insulting.”

“He owes an explanation and an apology to the voters of the 157th District,” Drucker said. “The current administration has admitted that it lacks evidence of voter fraud in Pennsylvania. Despite this fact, Kampf and his GOP colleagues voted for this legislation which robs citizens of their right to vote and costs taxpayers $12 million.”

Drucker also said he is launching a Voter ID help line, accessible to all voters of any party affiliation in the district. He also said he plans to contact them directly by telephone and mail.

“I have spent my life standing up for the rights of others as both an elected official and attorney. The right to vote is fundamental to our democracy. I choose to be part of the solution, not part of the problem.”