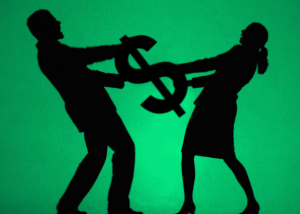 Senate Democrats offered a series of unsuccessful amendments to restore funding to the state-related universities  by taking money out of the Department of Corrections, which is set for a big funding jump.

Capitol Ideas: Sunday Afternoon Budget Update: Senate to Take Up College Funding Bills With 19 Percent Reductions
Capitol Ideas outlines the important features of the fiscal budget that will be addressed this week.

To start off the discussion, Republicans and Corbett will pass an amendment to the main budget bill to allow Gov. Corbett complete control of allocating the states funding.  Key issues in this fiscal budget are education and Marcellus shale drilling.

Of extreme importance are the funding cuts to four state affiliated higher education facilities.  “A version reported out of House Approps on Friday imposed a cut of 19 percent, or $130 million, to the four schools.”

Capitolwire: Budget Deal Restores More to Education Funding Than House Plan
In continuing the discussion about Gov. Corbett’s plans for the state’s education budget, Sunday House legislators met to discuss their plans for the education budget.  These plans add $25 million to the budget alotted by Corbett for K-12 programs.

Capitolwire: Norquist Says Hospital Assessment in Budget Deal is Pledge-Breaking Tax Hike
During Gov. Corbett’s campaign he vowed to not have a tax increase.  After being elected, he followed his no-tax-hike-pledge that he established through the Americans for Tax Reform pledge. However with his upcoming budget plan to be approved by Thursday, his proposed plans violates his promise under a hospital assessment.

Inquirer: Corbett May Get Most Budget Items On His Wish List
Gov. Corbett’s wish, no new taxes, sharply reined-in spending, and no drama.  In the scheme of things, the $27.15 billion fiscal budget seems to be approaching these goals fairly smoothly.  Although Corbett won’t win every fight, he has Republican support behind him. However, not all Republicans are supporting him in his ventures to cut education funding.  For public schools, Corbett proposed 10% cuts and 50% cuts for state-related universities.

“When you’re spending someone else’s money, it’s easier to say yes than no. . . . If school boards can’t say no, maybe the taxpayers will,” said Gov. Corbett.

Tying into a similar theme, Corbett proposed the idea of limiting school district tax increase, “Legislators are poised over the next few days to pass a bill that Corbett has said is necessary to ensure that school districts do not sharply increase taxes to offset the sting of dwindling state aid.”  Although some school board members, as well as lawmakers, are upset by this proposal Corbett hold control of the fiscal budget and is looking to see changes to the allocation of funding that he feels needs to be placed elsewhere.

Video of Rep. Kortz Before the House Appropriations Committee Speaking About Education Funding for the 2011-2012 budget
In this video created by PA House Dems, it is obvious that Rep. Kortz approves of areas of Gov. Corbett’s fiscal budget; however, Rep. Kortz does not agree with Corbett’s approach to cutting education funding.  “I know we have to do more with less.”

Kortz feels the fiscal budget cuts will drastically affect higher education students because of the growing expenses, even with the state’s increase of wealth by 26%.  “I disagree with his approach to balance a budget by cutting education by 1.5 billion dollars,” Kortz states.

The speech makes references to specific areas of education that will be affected by these educational cuts including kindergarten programs, science programs and charter school funding.  As Kortz stresses, Pennsylvania’s schools are already weak due to the current economic climate, and these education cuts will only result in the the closure of area schools.

However, Republicans are still honoring the idea of education cuts and will cut by $129 million.  The institutions to be affected are Penn State, Temple, Pittsburgh and Lincoln University.  Each state-affiliated school will see a difference in their budget cut dollar amounts; Penn State will see the largest budget cut.

One reason for this action? The disappearance of the federal stimulus fund.