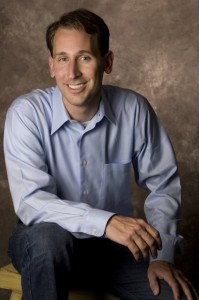 GOP U.S. Senate hopeful Steve Welch, an entrepreneur from Chester County, has $1 million cash on hand his campaign announced today. Welch himself loaned $1 mil of the roughly $1.125 mil he will report for the 4th quarter.

The figure moves him to the front of the fundraising line in a Republican primary characterized by self-funding candidates seeking to unseat U.S. Senator Bob Casey.

Welch also ran for Congress in 2010, at first in the 7th district and later in the 6th.

“I am honored to have received the support of those who have contributed to my campaign. The contributions come from people who are concerned about the direction of our country and the ever growing size of our federal government,” Welch said in a statement.

Welch is the first Senate candidate to announce his or her fourth quarter fundraising. Reports are due two weeks after the end of the quarter.

The campaign of former Pa. Rep. Sam Rohrer (R-Berks) sent an email to supporters on December 31st saying they had raised $116,399 at that point. Rohrer campaign manager Zac Moyle says the final number will be higher.

Tom Smith, the former owner of a coal company who hails from Armstrong County, loaned his campaign $750,000 in the third quarter; sources indicate he will has upped the ante for Q4.

Tim Burns, a bio-tech company founder from Washington County, is still preparing his report according to a campaign spokesperson.

As much or more than the innate value of the million dollars on hand is the optics: the Senate candidates are currently jockeying for support of Republican State Committee. The GOP will meet in regional caucuses starting this Saturday, where they will hold straw polls and discuss possible endorsements for the 2012 primary. A hefty Q4 is key to candidates seeking to prove, in time for the statewide meeting on Jan. 28, that they would be the most serious challenger to Sen. Bob Casey. Why else announce numbers on the same day most political media is focused on Iowa? (At least two other campaigns say they will also announce this week).

Correction: Casey had  about $3.75 million on hand at the end of the third quarter, and will likely report  around $5 million for Q4.