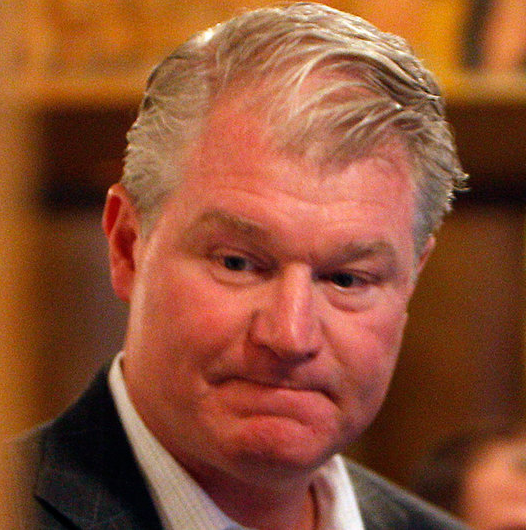 Witness tampering or a violation of rights?

That’s just one of the questions in the case against Philadelphia labor leader John J. “Johnny Doc” Dougherty.

Dougherty, who stepped down in November as business manager for Local 98 of the International Brotherhood of Electrical Workers and the Philadelphia Building & Construction Trades Council, was convicted on bribery charges last November with former City Council member Bobby Henon.

He also awaits trial next week in a case in which he is accused of threatening a contractor who employed his nephew. A third trial is scheduled for October on charges that he and other Local 98 officials embezzled more than $600,000 from the union.

According to the Philadelphia Inquirer, he also was caught on tape that he was closing in on the union members that may have betrayed him to the FBI.

He continued: “I’m going to make sure everybody, everywhere — everybody at your kids’ school — knows that you’re a punk and a rat and a creep. Your kids don’t want to grow up knowing your daddy’s a rat, daddy’s a punk.”

And to cap it off, he suggested another option for those who turned on him. “Go right to the bridge,” he added. “Jump right off the bridge. Make it easy.”

Now a recording has turned up from an insider that is working as an FBI informant.

Dougherty’s legal team is now questioning the government’s delay in disclosing that they had an informant. The attorneys also call into question whether the tapes may include their conversations with their client – a possible violation of his rights.

“This is not an issue that Mr. Dougherty created, nor is it one that Mr. Dougherty can ignore,” defense lawyer Henry E. Hockeimer Jr. said in a recent court filing. “Rather, the issue directly impacts his ability to ensure that he faces a fair trial — a trial in which his constitutional rights are protected.”

The judge in the case – U.S. District Judge Jeffrey Schmehl – has been annoyed with both parties. The prosecutors waited until earlier this year to disclose the informant’s existence, while the defense continually asks for more information about the informant and time to investigate whether Dougherty’s rights were violated.