What Do Rural Voters Think? A Day in the “T” 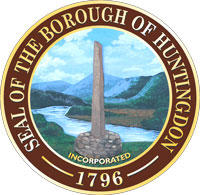 It is a pleasant 130-mile drive from the office to my hometown of Huntingdon, Pa.

The borough of Huntingdon is the county seat of Huntingdon County, located about 30 miles south of State College. In fact, my hometown of 7,000 is the largest municipality in that 30-mile radius.

It is also right in the middle of the Pennsylvania “T.”

For those who do not up on the lingo, Pennsylvania’s “T” is everything in the Commonwealth that is not Pittsburgh nor Philadelphia. A much more rural area than our urban and suburban friends on the edges of the state. And, much more conservative.

While it is understood that the votes are in the ‘burbs, it is sometimes lost on candidates that one vote from Huntingdon County is equal to one vote from Montgomery or Westmoreland Counties. And that is not lost on voters in these parts.

“We always feel neglected in the middle of the state,” said Dennis Plane, professor of politics at Juniata College. “The average Huntingdon County citizen just feels slighted and left out. We don’t feel like we have an important voice in statewide decisions.”

“Yes, as a political scientist, I understand why politicians hang out in places where there are more voters. You can pick up some votes in Huntingdon County but you’re not going to pick up as many spending the day (here) as in Allegheny County.”

Huntingdon County has a population of just over 44,000 people – a drop of two percent in the last 10 years. Nine out of every 10 residents is white, while one in five is over the age of 65. The County’s median household income – $53,597.

Compare that to the local college – Juniata – a small private liberal-arts school with 1,300 students with a total yearly cost of tuition, room and board of approximately $64,000. A student population that comes from 35 states and 30 countries and is 17.5 percent non-white.

“So much of the media environment depends on which generation you’re talking to,” said Plane. “When I’m talking to students or people 40 and under, they don’t do broadcast TV anymore. The candidates really have to scramble to find a new way to reach voters through ads.”

I met Sam Goodwin, a senior political science major from nearby Centre Hall, Pa., who agreed. “Most of the ads are targeted online or on social media,” he said. “I’ve seen some on TV and my parents watch cable. I don’t think anyone (at Juniata) watches cable. A lot of my friends see stuff on TikTok.”

“Students are nearly oblivious to the fact that we’ve got a primary election coming up in May,” stated Plane. “It’s not on their radar. Their friends are not talking about it.”

And if they are aware, the timing of the primary – a week after graduation – and issues concerning absentee and no-excuse mail-in balloting present problems. “If students are registered here, they have to request an absentee ballot and it’s not even clear where they should have it mailed to,” said Plane.

Driving through the countryside of Routes 22/322, there are still plenty of signs of support for former president Donald Trump. There are 2020 signs, 2024 signs, and a few “Let’s Go Brandon” placards to boot.

“Trump is by far the most popular politician in Huntingdon County,” said Plane. “An endorsement by Trump is really golden here. Will it make a difference? I don’t know.”

“Even on a really liberal campus like Juniata, you hear a lot about Trump,” said Goodwin. “But Oz doesn’t have a great appeal. My conservative friends at home don’t really know much about him. He’s on TV that their grandparents watch.”

At some point during the primary season, candidates make their requisite trips throughout the state, claiming they set foot in all 67 counties. In Huntingdon County, the Republican candidates for statewide office have all come through the Lake Raystown area to talk to the county GOP committee. Six candidates appeared at the annual Republican Committee Spring Dinner at the Smithfield Fire Hall – Carla Sands, Dave McCormick, Dave White, Charlie Gerow Nche Zama and Carrie Delrosso, along with former Arkansas governor Mike Huckabee.

I page through the program from the event. I see the name Sam Hayes Jr., former majority leader of the State House and Pennsylvania Secretary of Agriculture. And I think of my late father, long-time chair of the County Republican Party, whom Hayes eulogized in December.

As for the Democrats …

“(John) Fetterman has been on the ground a half-dozen times in recent years,” said Plane. “He is definitely more the personality of Huntingdon County. That’s part of his strategy to court the “T” in Pennsylvania. He’s got that populism that is popular here in Huntingdon. (Conor) Lamb has never come to the county. He’s the establishment candidate and Fetterman is the candidate that is sticking his nose up at the establishment.”

In the governor’s race, Plane says Huntingdon is “(Doug) Mastriano territory.” “He is the most Trump-like. You see signs driving around which is surprising given (Jake) Corman’s proximity.” Corman, a fellow gubernatorial candidate on the GOP side, is a state senator from neighboring Centre County. “Mastriano’s the one that’s caught the excitement of the energized pro-MAGA group in Huntingdon County.”

“I live on a farm,” said Goodwin, “and farmers and a lot of rural people are really, really smart people. They might not have political views that I agree with, but I do feel that aren’t represented as maybe they should be. They are frustrated that no one is really listening to them. Trump acts as this guy who voices what they are frustrated about and it comes out in some of the worst ways possible.”

I thank both Plane and Goodwin for their time and stop to see my brother and sister-in-law who also live in town. It’s quiet. It’s family. And a nice way to end my stay.

As I head east out of town, I think about my hometown and its place in the statewide political landscape. And Plane, perhaps, put it best.

“We are under-represented and we’re big geographically,” he commented. “Therefore, we feel that Harrisburg doesn’t always understand our concerns. If cows could vote, the Pennsylvania Senate and House would be redder than it already is.”