What Does Kansas Abortion Rights Vote Mean for PA? 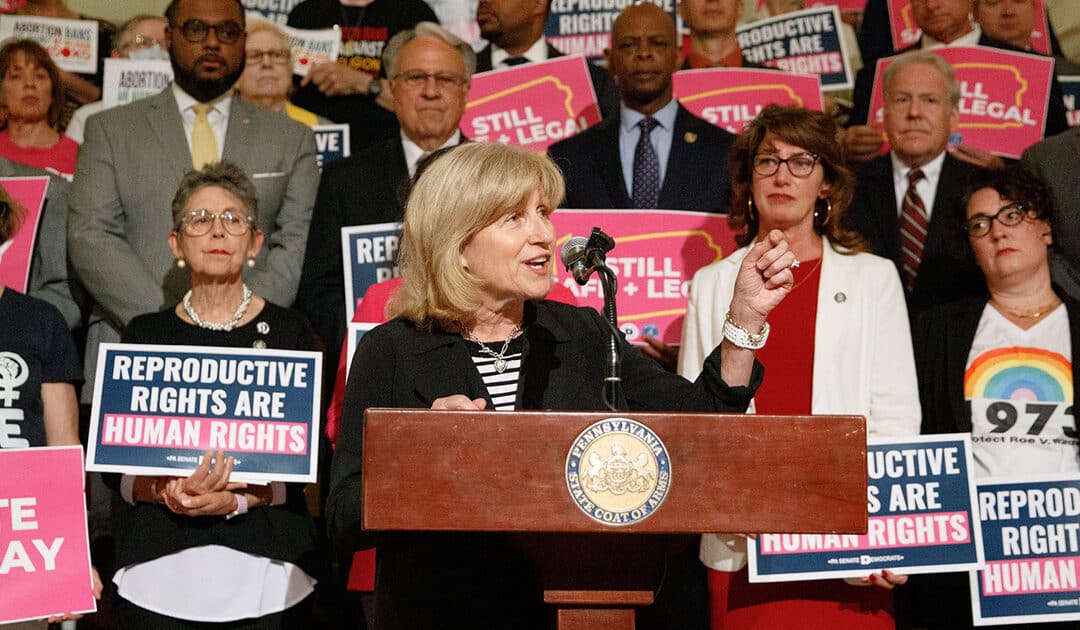 The reverberation is still being heard around the country.

Kansas voters turned out in near-record numbers on Tuesday to soundly reject a proposed state constitutional amendment that would have said there was no right to an abortion in the state.

The Sunflower State – also known as the Jayhawk State – was the first state to vote on abortion rights since the U.S. Supreme Court handed down its ruling in Dobbs v. Jackson’s Women’s Health Organization.

Just over 900,000 voters turned out with 59 percent rejecting the notion that the state’s constitution could be amended to remove protection of abortion rights. How big was the turnout? Nearly equal to presidential-year turnouts.

More importantly, the issue played better than any recent winning Democratic presidential candidate. Case in point – Johnson County – the most populous county in Kansas and includes suburbs of Kansas City.

What could this mean going forward in Pennsylvania?

The General Assembly has already passed a resolution for a constitutional amendment that calls for eliminating taxpayer funding for abortions in the Commonwealth. GOP gubernatorial candidate Doug Mastriano has said that he supports the amendment with no exceptions in the case of rape or incest. His opponent, attorney general Josh Shapiro, has said that he will back a woman’s right to choose.

The lines are clear. Reproductive rights are on the ballot in the Keystone State this fall.

Let’s take a look at Lancaster County which has the fourth-most registered Republican voters in the Commonwealth. It currently has 177,308 GOP and 112,645 Democratic registered voters.

Statewide Republican candidates depend on the large plurality that counties such as Lancaster and York provide to help offset the deficits in Philadelphia and Allegheny Counties. Is the issue of reproductive rights enough to move ruby-red Lanco closer to a 50-50 split over abortion?

“The factors that led to the defeat of the Kansas amendment are still unclear at this point,” said Michael Geer, president of the Pennsylvania Family Institute. “What is clear in our state though, is that a significant majority of Pennsylvanians do not support taxpayer funding of abortions, and oppose abortions after 15 weeks.  If our state Supreme Court steps in and imposes taxpayer funding and finds a “right” to abortion in our state constitution (as the abortion industry has petitioned the court to do), the only way the citizens can have their voice heard on this important issue is through a constitutional amendment.  That’s why we need the Life Amendment, and will continue to make the case that the people – and not the courts – should be the ones to decide.”

“We already know that the majority of people oppose restrictions on the right to abortion; poll after poll show it, and last night’s results prove it,” said Lindsey Mauldin, spokesperson for Planned Parenthood PA. “We do not need to put Pennsylvanians through the same, potentially traumatizing exercise here when we already know the eventual result. Abortion is a right and not one we intend to lose. The extremists in the General Assembly will see that if they continue through the process of a similar anti-abortion amendment to our constitution.”

“We applaud the people of Kansas who took to the polls to defeat a constitutional amendment that would remove freedom over their bodies,” said the co-chairs of the General Assembly’s Women’s Health Caucus – Sens. Amanda Cappelletti (D-Montgomery) and Judy Schwank (D-Berks) and Reps. Morgan Cephas (D-Philadelphia) and Mary Jo Daley (D-Montgomery) – in a statement. “Let this be a warning to those who voted in the dead of night to move forward a ‘No Right to Abortion’ constitutional amendment in Pennsylvania: you can try to do an end-around a pro-choice governor, but you cannot do an end-around the voters.”

If the same amendment is passed in the next session of the General Assembly, the question will appear on a ballot soon thereafter. The earliest it could appear would be next May’s primary.