What’s Next for John Yudichak and NEPA? 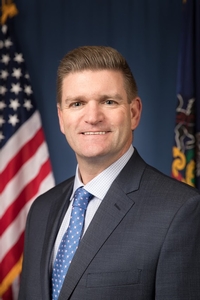 In the end, the Pennsylvania legislative redistricting process produced winners and losers.

State senator John Yudichak is concerned that Luzerne County is one of the latter.

Yudichak (I-Carbon/Luzerne) expressed “profound disappointment” to the Times Leader while stating that his county was “unfairly treated in what sadly remains a very partisan redistricting process.”

The 24-year veteran of the state legislature is concerned that the final LRC plan splits municipalities and school districts into four different senate districts. In the case of his 14th district, it has been split into four parts.

The 14th now consists of parts of Lehigh and Northampton counties, while the 20th consists of parts of Luzerne and Wayne and all of Pike, Susquehanna and Wyoming counties. Yudichak, from Swoyersville in Luzerne County, has been placed in the 20th and will have to contend with incumbent Lisa Baker (R-Lehman Township).

So Yudichak’s choices are to run in the 20th against a popular incumbent, retire .. or perhaps consider another move, say, an independent run for governor?

The latter seems highly unlikely, as Citizens for John Yudichak gave the Corman for Governor campaign $50,000 back on December 27. The flip side is that there is $390,000 presently in the bank.

Baker, for her part, said, “no legislator gets to draw a preferred district, despite some claims to the contrary. I am disappointed I will no longer have the opportunity to serve all of Wayne County or the Mountain Top region of Luzerne County.” She won the 20th district in 2018 with 82 percent of the vote.

Yudichak, who caucuses with Republicans, said to the Times Leader, “I stand in strong solidarity with the community leaders of Luzerne County who feel disenfranchised by the redistricting process and who feel the actions of the Commission today are dismissive of the good people of Luzerne County and the tremendous contributions our communities have made to Pennsylvania.”