Who is Dave White and Why Is He Doing So Well? 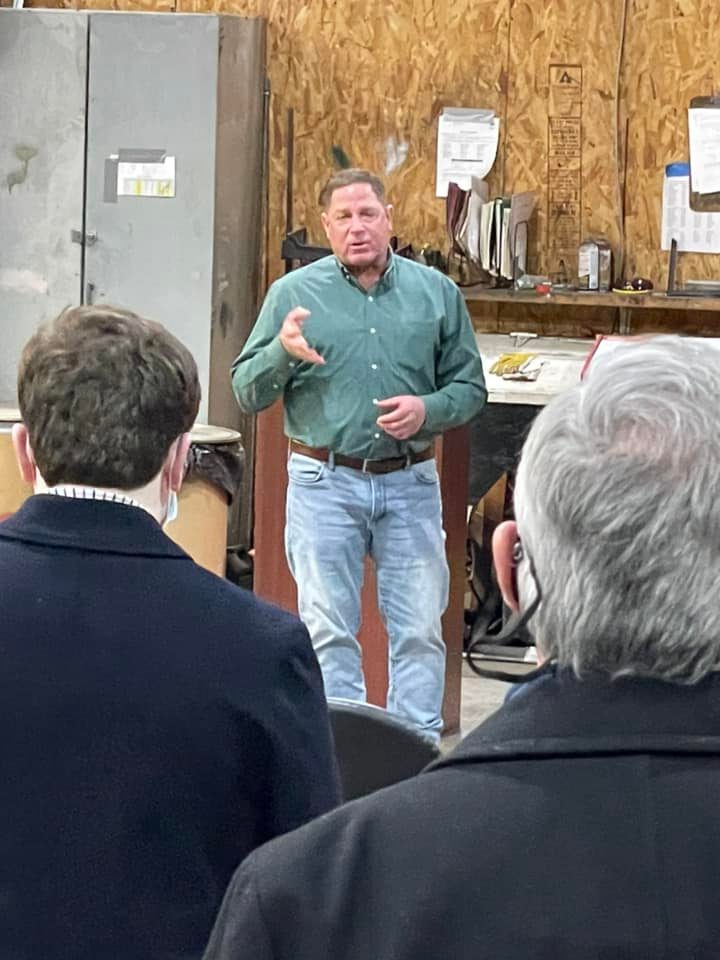 He has won four of five caucus straw polls. He has more than $2.5 million on hand entering 2022. He has momentum.

So who is Dave White?

One of 14 children, he was raised in Delaware County. He followed in his father and grandfather’s footsteps and became a steamfitter and has more than 40 years of experience in HVAC installation and servicing. In 2005, he founded DWD Mechanical Contractor Inc.

White, 60, helped build the company from a small HVAC firm into a business that employs over 80 people.

He got his political chops as a commissioner in Ridley Township, chairing the Building, Economic Development and Public Safety and Police committees. In 2012, White was appointed to Delaware County Council to fill the unexpired term of John J. Whelan. The following year, he was elected to a four-year term as Councilman, but was ousted in the 2017 election.

White has said it is his disgust with career politicians who have been sent to Harrisburg and Washington led him to enter the governor’s race. “It’s time for a governor with real world experience who hasn’t spent his adult life depending on taxpayers for a paycheck,” he told the Delco Times. “My parents weren’t politicians. I was born and raised in Delaware County, one of 14 children. I have lived the American dream, and I am running for office to put that same dream back in the reach of any Pennsylvanian willing to work for it.”

His message has resonated with the party faithful, as he has won the regional caucus straw polls in the Central, Northeast Central, Southeast and Southwest GOP regions.

But will that early success ultimately lead to success with rank-and-file voters?

“I don’t think [the caucus straw polls] translate to an endorsement at the state committee meeting, but he is liable to do pretty well,” said Stephen Medvic, Director of the Center for Politics and Public Affairs at Franklin & Marshall College. “I suspect he is working hard to meet local party activists.” As one political consultant said, “Regional caucuses make for interesting cocktail chatter, but not much else. I think many campaigns are anxious to get past the state committee phase of the race and onto the next phase.”

White was a supporter of President Trump’s America First agenda, and he says he plans to bring a pro-business, pro-worker agenda to Pennsylvania.

“I am incredibly encouraged that our message of bringing less talk and more action to Harrisburg continues to resonate with voters across Pennsylvania,” said White in a press release.  For too long, Harrisburg has ignored reducing the tax burden on hard working families, lessening the regulatory burden on Pennsylvania businesses, securing our elections for all voters, and putting parents back in charge of their children’s education.”

“I think you work harder when you put your own money into a race,” White said at a Blair County forum.