Wild Holds Comfortable Cash Lead with Some Outside Help 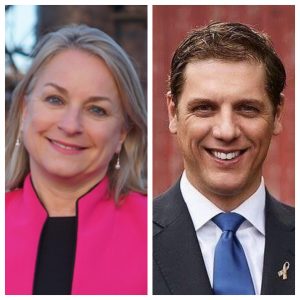 Now that both candidates have overcome difficult primaries, the real fun has begun. Well, fundraising that is.

With the newly drawn 7th district and the retirement of longtime Rep. Charlie Dent, it has given the opportunity for a new newcomer to enter the House of Representatives.

Wild raised over $810,000 from late April to the end of June, nearly four times more than Nothstein.

“I am humbled, encouraged, and inspired by the incredible momentum and energy of our campaign right out of the gate from our primary,” Wild said. “I made a pledge to not accept corporate PAC money in my campaign, and the overwhelming outpouring of individual support is a testament to how much the Lehigh Valley is ready for a change.”

However, Wild’s campaign received nearly $250,000 during that period from the House Victory Project, a major Democratic donor fundraising committee based in New York.

Nothstein’s campaign brought in $220,000 during this same period, but touted the source of these donations.

“I am pleased with the support I have received from those who reside in the Lehigh Valley, and will continue to work to gain the support of the voters of the PA-7,” Nothstein said. “I have been in a lot of races in my life, and I know they aren’t won in the first lap.”

The one category from this period where the margin is virtually nonexistent is the money spent by each campaign. Wild spent slightly over $164,000 while Nothstein spent just over $163,000. The newly drawn district gives the slight edge to the Democrats. Trump had won the previous PA15 by more than 5 points, but with the new boundaries Clinton narrowly won.

Tim Silfies, Libertarian candidate, raised slightly over $40,000 during this period and spent nearly $6,700. Silfies currently has nearly $34,000 cash on hand.

Updated with FEC statistics for the Silfies campaign.