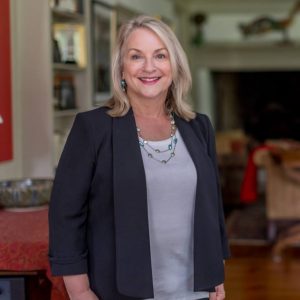 This Lehigh Valley Democrat will not be joining the crowded field for Pennsylvania’s U.S. Senate race in 2022.

In an interview with Roll Call, Rep. Susan Wild (D-Lehigh) said that she will not be running for the open statewide seat next year.

“I love having a district I can know every corner of … I think it would be incredibly frustrating to represent 67 counties and barely ever get to some of them,” Wild said to Roll Call. “So, no, I’m solid staying where I am.”

Although Wild won’t launch a bid for the statewide office, her 2022 reelection bid for Congress will likely be one of the closest watched races in the state again.

Wild is one of three Democrats in the state targeted by the National Republican Campaign Committee to flip in 2022, along with Reps. Matt Cartwright (D-Lackawanna) and Conor Lamb (D-Allegheny).

In 2018, Wild defeated Republican Marty Nothstein by 10 points for the open 7th Congressional District seat in the Lehigh Valley, while also winning the special election by a razor thin margin to represent the old 15th District, which was vacated by Rep. Charlie Dent (R-Lehigh). Sec. Hillary Clinton narrowly bested Trump in these boundaries in 2016.

In January, Scheller, a former Lehigh County Commissioner and businesswoman, announced that she filed paperwork to run for Congress in 2022.

While Wild has ruled out a run for U.S. Senate in 2022, several Democrats have already formally launched campaigns.