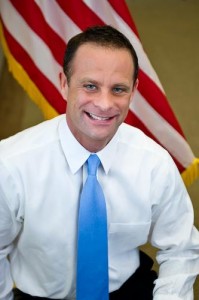 Both he and Janet Anderson have cut into undecided voters since Wiley last made public an internal poll. That survey, conducted in early August, showed him with 51 percent to Anderson’s 33 percent. Anderson, a former staffer to Earll, has closed the gap by two points.

Both candidates are on television, though Wiley’s campaign boasts that he was able to secure this lead despite being outspent two to one.

“I am so grateful for the support that I have received from my fellow residents of the
49th District. There is still a lot of work to be done to get the message of Bringing Erie
Values to Harrisburg,” said Wiley in a campaign press release. He works as an executive on the business side of an Erie hospital.

“Sean Wiley keeps trying to convince everyone that he is going to win, and God Bless him for trying so hard,” said Anderson Campaign Manager Casey Contres. “I am sure that is a great comfort to the 7,700 families who lost their job while he was running county government or the taxpayers who are paying higher property taxes thanks to his mismanagement.”

“The difference in this election is that Janet Anderson is the only candidate who has the experience and independence to get the job done for Erie County residents.  That’s probably why every major business group in the state as well as Senator Earll, Governor Ridge, and countless Republicans, Democrats, and Independents across Erie County support her.”

As with all internal polls, these numbers should be taken with a grain of salt. Campaigns typically release their numbers to either prove their own viability, or diminish that of an opponent.

In this case, it’s clearly the latter. The Erie-based Earll seat is Democrats’ top pickup opportunity in 2012. It’s a district that favors a generic Dem as well as President Obama. If, by releasing strong numbers, Dems can deter donors away from Anderson, then Dems in turn will have to spend less in the district. That would allow them to play more heavily in other races.

The pollster is Marc Silverman of Thirty-Ninth Street Strategies, a Washington D.C. based firm whose services are coordinated with the Senate Democratic Campaign Committee in Harrisburg.

The firm conducted live interviews with 400 likely voters from September 19-22. The margin of error is plus or minus 4.9 percent.

Some other of its tidbits (the full memo is here):