Will Altmire Be Booted Off the Ballot? 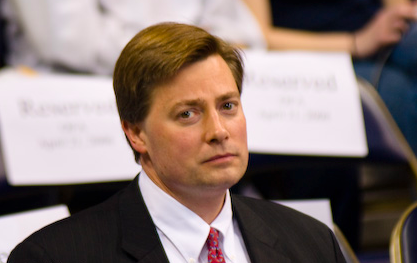 Mark Critz threw Jason Altmire a solid punch last week by challenging his nominating petitions in court. Altmire collected 1,651 signatures; 651 more than the legal requirement, but well below the 2,000 that most campaigns consider standard to avoid challenges like this. Critz’s camp turned in 3,140.

Now the question is, could Altmire be booted from the ballot?

Larry Otter has handled close to 100 election law cases in the past 5 years. A former senior deputy Attorney General, he’s worked for Democrats, Republicans, independents, and third party candidates. He is a faculty member on the Pennsylvania Bar Institute’s Election Law Seminar.

He says that Altmire’s could be the case that finally gets the residency requirement for circulators thrown out.

The bulk of Critz’s challenge hinges on one staffer: Altmire campaign Finance Assistant and Director of New Media Abby Silverman. Silverman is registered to vote at her family home in O’Hara in the 12th district, but spends most days in her apartment in the 14th district.

Pa. law says that a petition circulator must reside in the district where he or she is gathering petitions. Thus, based on Silverman’s apartment in Pittsburgh, Critz’s campaign charges that the 395 signatures she collected are invalid.

The Commonwealth Court judge will have discretion over which carries more weight: Silverman’s voter registration card, or her bed. Both camps, Altmire and Critz, are prepared to contest the question.

Editor’s note: neither campaign will speak on the record about the case in detail, due to the fact that litigation is ongoing. But expect one side or the other to present/call for Silverman’s drivers license, utility bills or banks statements.

That’s because he says the residency requirement for circulators is a hair’s breadth from being overturned.

Meet Carl Stevenson. At 59, the Upper Milford Township resident and president of consulting firm WK3C Wireless decided to launch an independent bid for State Rep. against Doug Reichley (R-Lehigh). He needed 577 signatures to make the ballot, and he collected 703.

Otter took him to court, arguing that Stevenson’s petitions violated the law. 97 of Stevenson’s signatures were collected by a non-resident circulator: Jake Towne, an independent candidate for Congress against Rep. Charlie Dent.

A Commonwealth Court Judge agreed, ruling that those 97 signatures, plus 90 more that all sides agreed were invalid, meant that Stevenson fell short of the number required to appear on the ballot.

Stevenson, with the help of the American Civil Liberties Union, appealed the ruling. He cited the 2002 case of Morrill v. Weaver, when a federal court ruled that Pa’s residency requirement for circulators is unconstitutional. Morrill was also an independent candidate.

The Pa. Supreme Court saw it differently. It remanded the Commonwealth Court ruling, saying it had not adequately addressed the question whether the residency requirement is constitutional.

But Otter says beyond the remand itself, the language of the Pa. Supreme Court’s ruling gives the strong impression that it was inclined to toss the residency requirement in order to comply with Morrill.

Long story short, if the issue comes before the Pa. Supreme Court again – like in the Altmire case – the Court will likely issue a ruling that permanently overturns the residency requirement.

“I am absolutely convinced that this would be the case that changes the law. The Supreme Court will determine that that requirement in the statute is unconstitutional,” Otter said.

Though Morrill – the only federal case to address Pa. law – dealt with an independent candidate, Otter says that every federal case in every state has held that residency requirements for petition circulators are unconstitutional.

PS. Ultimately Stevenson was knocked off the ballot the old fashioned way – a line-by-line challenge of his signatures.

Option 1: When the parties meet in court on Friday, March 2, the Commonwealth Court Judge could determine that Silverman’s voter registration constitutes residency, and Altmire stays on the ballot.

Option 2: The Judge decides Silverman does not have residency in Pa-12. If the Critz campaign is then able to challenge an additional 297 signatures, and the Judge rules Altmire off the ballot, Altmire will appeal the ruling. Then, according to Otter, the Pa. Supreme Court will throw out the residency requirement for circulators and Altmire will be returned to the ballot.

Option 3: The Commonwealth Court judge will rule up front that the residency requirement for circulators is unconstitutional, and Altmire stays on the ballot.

Option 4 (which all sides regard as unlikely): The Judge decides that Silverman’s petitions do count, but the Critz campaign is able to challenge 652 other signatures; Altmire is removed from the ballot.

There are other issues that the Critz legal team is looking at. They’ve already hired a handwriting expert to search for forged signatures, and may seek to expand their initial challenge pending the results.

In addition to Silverman’s residency, the Critz campaign is also alleging that she could not have been in such far-flung locations on the same, as the signatures and their dates indicate.

And that’s on top of the 600 or so signatures that they are challenging for common mistakes that all campaigns make – like signatories abbreviating place names, using ditto marks, etc.

For those and all challenges, the Critz camp will need to go page-by-page and possible even line-by-line until they get to 652 signatures.

Today, it appears that in all likelihood Altmire will remain on the ballot. But that would be far from a win for him. After all, the entire ordeal could have been avoided by collecting a few hundred more petition signatures.

Likewise, it would be far from a loss for Critz. He’s already enjoyed serving up a week of awful headlines to his opponent. It’s the number one topic of conversation among western Pa. politicos – like some Beaver County Dems interviewed by J.D. Prose. An extended trial with headlines about forgery and fraud would be music to Mark Critz’s ears.