We’re not really sure what to make of this. Is the NRCC rooting for Mark Critz?

“Will Jason Altmire follow Shuler’s lead and just retire now rather than face the embarrassment of being unelected in the primary?” The release asks.

He’s facing fellow Democrat Mark Critz in the primary. They share a career party loyalty vote rating in the neighborhood of 80 percent.

“The message is clear: the NRCC believes they can beat Mark Critz. Unfortunately for them, the NRCC’s wishful thinking is all for naught. With a 16-point lead in the polls and a nearly two-to-one cash advantage, Jason Altmire is going to win the primary. Having failed 3 times to beat Altmire in a Republican-leaning district, it should come as no surprise that the NRCC is openly rooting for Critz.”

Update 4:30pm: Before the Altmire camp runs too far away with the release, it is fair to note that he is an official, card-carrying member of the Blue Dog Coalition. Critz is not. He voted against Nancy Pelosi for Speaker of the House:

“Rep. Jason Altmire of Pennsylvania was the first Democrat to cast his vote against Pelosi, and did so loudly and with a defiant expression, adding an element of suspense to the usually boring roll call vote for speaker and minority leader, which goes member by member, calling the name of all 435 lawmakers.” 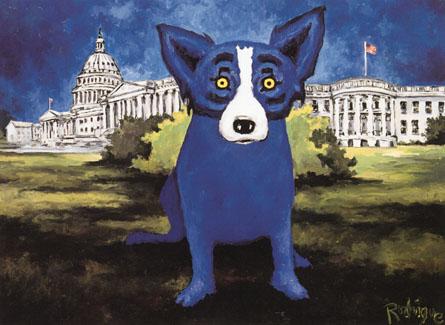 Heading into the weekend, consider the following.

Yesterday, Congressman Health Shuler in North Carolina became the latest “Blue Dog” Democrat to announce his retirement, a move that his own colleague Congressman Kurt Schrader described as a “crushing blow” to the vulnerable group.

The Blue Dogs’ ranks are rapidly diminishing, as voters in their districts realize they have been fraudulently campaigning as moderates only to turn their backs on constituents by voting with Nancy Pelosi and Barack Obama back in D.C.

Today’s Roll Call lays out how bad things are for the Blue Dogs: “The once-mighty fiscally conservative group was a thorn in the side of Democratic leaders while the party was in the majority following the 2006 elections, but the Blue Dogs lost scores of members to the bruising 2010 midterms, a trend that will continue as a wave of retirements has hit them.”

So, will Jason Altmire follow Shuler’s lead and just retire now rather than face the embarrassment of being unelected in the primary?

“Altmire has played a game of wag-the-dog for too long, scamming voters by campaigning as a moderate and then rolling over for Obama back in Washington. Voters need a watchdog, not a lapdog. It’s time for Altmire to follow the lead of his Blue Dog colleagues and retire before he finds himself in the doghouse come primary day.” – NRCC spokesman Nat Sillin