Will Recreational Marijuana Be Coming Soon to PA? 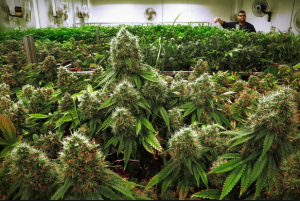 Now that the state of New Jersey has legalized recreational marijuana, how long will it be before Pennsylvania follows suit?

While millions of Pennsylvanians now have access to legal recreational weed available just across the bridge in the Garden State, users could also get in big trouble for carrying that weed across state lines or driving while intoxicated on cannabis.

The Keystone State does permit the use of marijuana for medical reasons. A license can be obtained with a note from a doctor to alleviate conditions such as anxiety, autism, cancer, epilepsy, post-traumatic stress disorder, and chronic pain. Pennsylvania law also allows for the sale of products labeled as CBD and containing THC, the chemical which gives marijuana its psychoactive effects.

New Jersey has approved 13 medical dispensaries located throughout the state to sell adult-use marijuana. New York state is expected to begin recreational sales sometime in 2023, joining 17 other states and the District of Columbia.

Industry executives and analysts expect the market will exceed $2 billion – that’s with a “B” – within years. Gov. Phil Murphy’s proposed budget anticipates $121 million in cannabis revenue, mostly from taxes and fees, in fiscal year 2023.

Where does that leave Pennsylvania?

In a recent Emerson College poll, 48.5 percent of the respondents think pot should be legalized in the Keystone State. 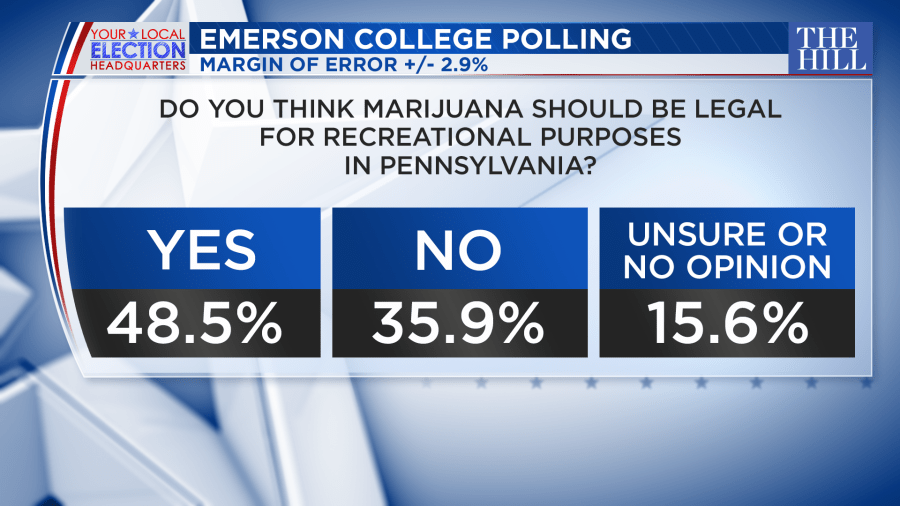 Among Democratic primary voters, 62 percent support recreational legalization of marijuana. Over half of independent voters agreed with their Dem counterparts.

So what’s the holdup?

Pennsylvania has never been first in line to adopt a controversial policy such as this. Even the online gaming decision came after surrounding states such as Delaware (2012), Nevada (2013), and New Jersey (2013) put laws in place first.

Even when Act 42 was passed in 2017, it still took two years for the Keystone State to turn on the spigots.

While one can debate whether the correct decision was made, Pennsylvania’s coffers are certainly fuller, as PA’s sportsbooks handled $714.96 million in wagers during the month of March for $48.51 million in revenue. That’s more than double the amount Pennsylvania received in February.

“Pennsylvania online casinos grew faster in its first two years than most of us imagined,” said Dustin Gouker, a betting analyst who oversees PlayPennsylvania.com. “Pennsylvania had some advantages, including operators benefiting from the years of experience and learnings from New Jersey.”

Last October, state Senator Dan Laughlin (R-Beaver) introduced a bill (SB 473) to legalize marijuana for recreational uses and set up a cannabis control board. It was referred to the Law and Justice committee, chaired by Mike Regan (R-York), who has recently signaled that things could change soon.

“We have the opportunity to build off of our current medical marijuana program that has proven (it) can be grown and sold responsibly in Pennsylvania,” said Regan in a press release.

He pointed to a recent poll that asked if respondents believe it is better to maintain the illicit market status quo or to legalize, regulate and tax recreational use of cannabis.

“Over 90 percent agreed that … the logical choice was to legalize, regulate and tax adult-use cannabis,” he wrote. “Ninety percent. In this day and age, that’s as close to consensus as we come.”

“We have an opportunity to expand job creation, expand investment, and provide the state with some revenue, all the while decreasing costs for law enforcement and really correcting a lot of the wrongs that have been experienced by Pennsylvanians because of the war on drugs,” said Meredith Buettner, the executive director for the Pennsylvania Cannabis Coalition.

Not all are on the adoption train.

Could the bill be coming out of committee soon? In theory, just a handful of GOP members of the General Assembly would be needed to pass the bill. Regan noted that Republican leaders want a “majority of the majority” – meaning a majority of the GOP to ensure bipartisan support before they’ll even schedule a vote.

Regan speculates that if all goes well, legalization could happen by June 30.

9 thoughts on “Will Recreational Marijuana Be Coming Soon to PA?”