Will Transgender Case at UPenn Spill Into PA Politics? 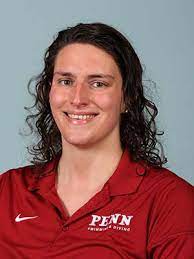 It’s being talked about within the ivy-covered walls of The Ivy League. The National Collegiate Athletic Association (NCAA) and USA Swimming have established positions. It has the attention of political candidates and state houses. And it has become a culture war between proponents and opponents of transgender participation in scholastic and intercollegiate athletics.

How long will Pennsylvania politicians be able to avoid making the topic an issue in the campaign?

It is all about Lia Thomas, a transgender swimmer who is competing for the University of Pennsylvania’s women’s swimming team this season. Thomas has set two Ivy records this season and owns the fastest times amongst all collegiate women in the 200 and 500-yard freestyle events.

Previous NCAA policy stated that trans women must undergo one year of hormone treatment as a condition prior to competing on a female team. The Ivy League worked with its national governing body to follow all appropriate protocols for trans gender participation.

“The Ivy League reaffirms its unwavering commitment to providing an inclusive environment for all student-athletes while condemning transphobia and discrimination in any form. The league welcomes her participation in the sport of women’s swimming and diving.”

The Penn athletic department also issued a statement of support, writing “Lia Thomas has met or exceeded all NCAA protocols over the past two years for a transgender female student-athlete to compete for a women’s team. She will continue to represent the Penn women’s swimming team in competition this season.”

Many of Thomas’ teammates are in support of her. Some are not.

According to the Daily Pennsylvanian, 16 members of the team recently sent a letter to the university and the Ivy League applauding the USA Swimming’s new policy for transgender athletes and arguing against Thomas’ participation in the Ivy Championships this week.

The NCAA announced on Jan. 19 that it will defer authority for eligibility to the national governing body of each sport on a sport-by-sport basis. The organization USA Swimming is now responsible for providing eligibility guidelines, and recently released new more stringent guidelines for transgender athlete eligibility.

Members of the women’s swimming team wrote in their letter that they “fully support Lia Thomas in her decision to affirm her gender identity and to transition from a man to a woman,” but wrote that when it came to sports, on the other hand, “the biology of sex is a separate issue from someone’s gender identity.”

South Dakota’s bill stipulated that “only female students, based on their biological sex, may participate in any team, sport, or athletic event designated as being for females, women, or girls.”

In the interim, Delaware, Georgia, Iowa, Kentucky and Utah have also introduced such bills according to the Freedom for All Americans website. Can Pennsylvania be far behind?

Last July, Hempfield School District in south central Pennsylvania dealt with the issue at a school board meeting. After months of discussions, a decision is expected in the upcoming weeks.

Chambersburg Borough became the first municipality in the Commonwealth to repeal LGBTQ protections. There are 70 other municipalities that have enacted LGBTQ inclusive laws, including Camp Hill, Carlisle, Gettysburg and Harrisburg, according to PennLive.

And HB 972, co-sponsored by 45 GOP members of the House, was introduced last April as “an Act providing for sport activities in public institutions of higher education and public school entities to be expressly designated male, female or coed; and creating causes of action for harms suffered by designation.”

William Shakespeare said that “some are born great, some achieve greatness, and some have greatness thrust upon them.” This appears to be a case where a controversial culture issue will be thrust upon PA politicians’ lap and soon.