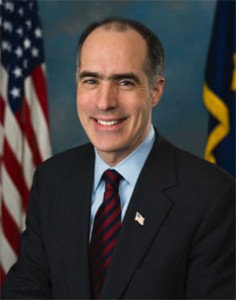 “This proposal does make significant cuts in government spending,” Casey said in the statement, emailed to PoliticsPA late Sunday night.  “There are many details still to be determined.  The process moving forward should embrace the concept of shared sacrifice and not force those who can least afford it to bear the burden. Powerful special interests should not be exempt from paying their fair share while working Pennsylvanians are asked to carry the load.”

Republican Congressman Tim Murphy (PA-18) released a statement soon thereafter in which he did not take an official position on the agreement, but emphasized the historic nature of the negotiations and declared the “era of the blank check is over.”

“At no time in the past seventy years have spending cuts been equal in magnitude to an increase in the debt limit,” Murphy said.  “And although many Americans were frustrated at the tedious nature of the back-and-forth negotiations, it has been through these deliberations that we’ve achieved results that reflect a monumental change from the status quo.  The conversation in our country has changed from how much Congress spends to how much Congress cuts.”

The tentative budget deal reached Sunday would cap discretionary spending with the goal of saving more than $917 billion over the next decade, while allowing the debt ceiling to be hiked $900 billion through February over next year.  The pact, which still must be approved by rank-and-file members and sent to the President before Tuesday’s debt ceiling deadline, would also require Congress to vote on a Balanced Budget Amendment before the end of the year, as well as create a twelve-member panel to carve out an additional $1.5 trillion in deficit reduction proposals.

UPDATE (11:10am): Congressman Mike Fitzpatrick (PA-8) told the Bucks County Courier Times he was “cautiously optimistic” out the agreement and its prospects for passage on Monday.  “I have been speaking with constituents on the telephone all weekend, and they want the matter resolved and, at the same time, they want to put an end to out-of-control government spending,” Fitzpatrick told reporter Bill Devlin. “This is a framework that appears to put us on that path.”

UPDATE (9:45am) The Post-Gazette reported on Monday that Congressman Mike Doyle expressed concern that the agreement, which features so-called “trigger” cuts if Congress cannot agree to adopt the congressional panel’s additional recommendations by late December, could potentially slash entitlements funding.

“This is a manufactured crisis by the crazy wing of the Republican Party,” Doyle told the Post-Gazette late Sunday night. “The tea party has caused this to happen.  Just because a bunch of ideologues manufacture a crisis and bring us to the brink of default, we’re going to sell out the vulnerable people in this country?  I have a problem with that.”

Check back with PoliticsPA on Monday for more budget deal updates.