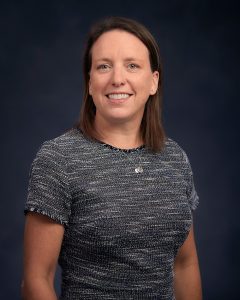 Gov. Tom Wolf has announced his selection to lead Pennsylvania’s Department of Human Services following Sec. Teresa Miller’s announcement that she will be resigning from her position on April 30.

On Tuesday, Wolf announced his intentions to nominate Meg Snead to serve as the next Secretary of the Department of Human Services (DHS).

“Meg Snead is an exceptional public servant whose background includes extensive experience in policy development for Pennsylvania’s most vulnerable citizens,” said Wolf. “She has dedicated her career to ensuring individuals have necessary social determinants of health, like adequate access to housing and health care.”

“Meg began her career in Pennsylvania with DHS where she was integral in managing strategic policy initiatives for the commonwealth’s medical assistance programs for both physical and behavioral health services,” Wolf continued. “I look forward to the successes of the department to better the lives of Pennsylvanians with her leading the charge.”

Snead most recently served as Gov. Wolf’s Secretary of Policy and Planning overseeing the administration’s development and implementation of policy priorities, including the COVID-19 pandemic response, ensuring access to health care, and breaking barriers to critical human services, according to a release from the Governor’s office.

Wolf also issued a statement thanking Miller, who led the Department of Human Services since August 2017 and previously served as the state’s Insurance Commissioner starting in 2015.

“I want to thank Teresa for devoting her career in the commonwealth to its people,” Wolf said. “During her tenure, she was instrumental in ensuring Pennsylvanians had access to health care, designing programs to break generational poverty, and redesigned Pennsylvania’s employment and training programs for people who use public assistance. I wish Teresa and her family well as she makes this transition and during future endeavors.”

Miller announced that her next role will be serving as the president and CEO of the Kansas Health Foundation.