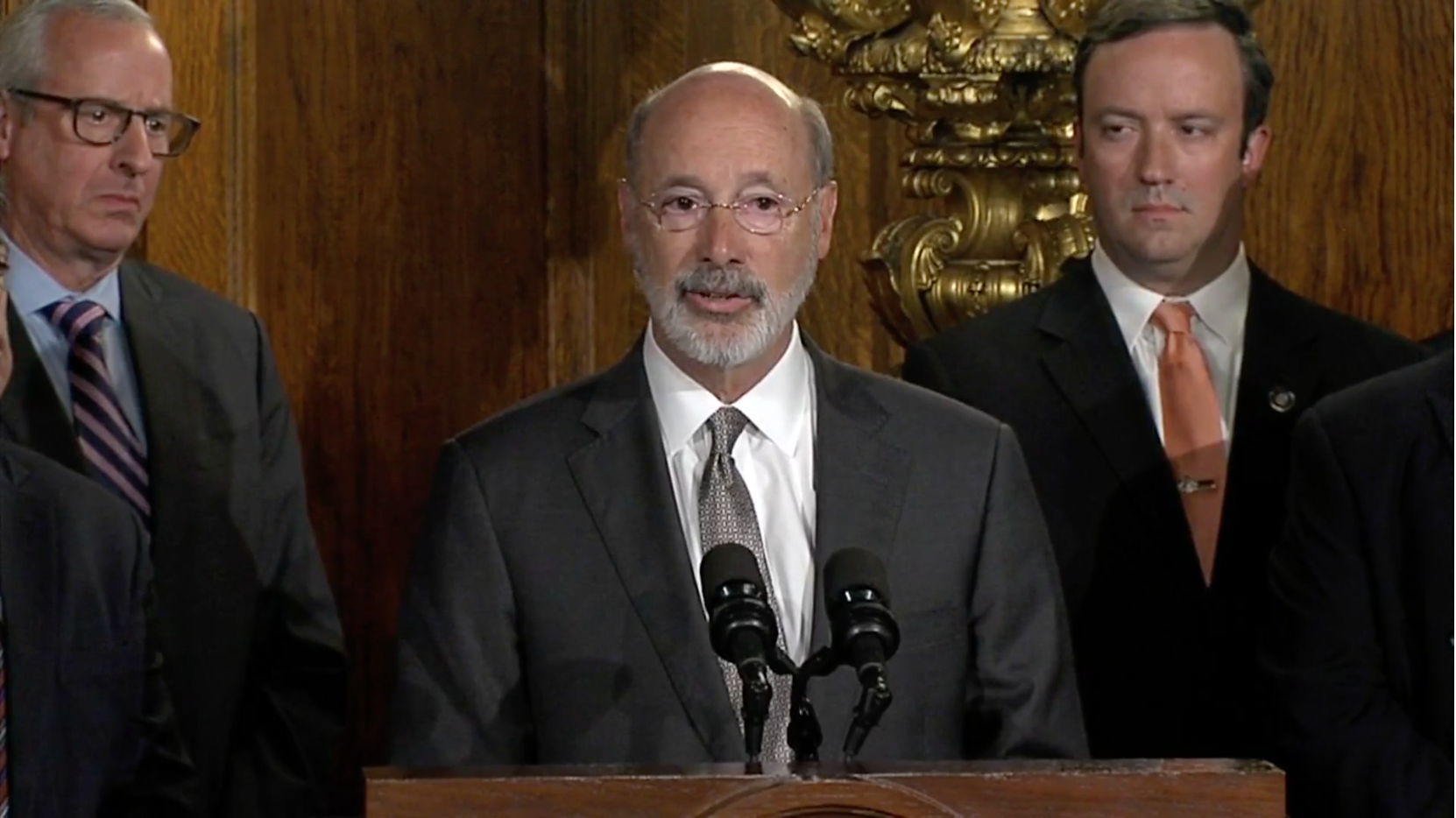 A release from the Governor’s office described the administration’s executive order as “unprecedented sweeping changes” and said the gun violence in the state is a “public health crisis.”

“Too many Pennsylvanians are dying from gun violence. We need to fix our weak gun laws and pass reforms focused on increasing safety and reducing danger to our citizens.” Wolf said. “The action I am announcing today includes provisions for Pennsylvanians of all walks of life and looks at gun violence from all angles.”

The executive order, originally slated to be signed on Thursday, was pushed back one day after 6 Philadelphia police officers were shot on Wednesday night.

The executive order created a Special Council on Gun Violence, which will be led by former Philadelphia Police Commissioner Charles Ramsey. The former head of the Philly Police Department will also serve as a senior advisor for gun violence prevention.

The AP reports that Wolf is giving the new Office of Gun Violence Prevention six months to develop a plan at combatting gun violence.

“I look forward to developing recommendations to reduce and prevent gun violence – in all its forms – throughout Pennsylvania,” Ramsey said in a statement. “The opportunity to explore gun violence in its totality is a unique challenge, but I am confident that the Council, the Office of Gun Violence Prevention at PCCD, and the Division of Violence Prevention at DOH will be up to that task.”

A release from the governor’s office said that more than 1,600 died from gunshot wounds in 2017 in the state, which is higher than the national average.

According to the AP, she sent out a release earlier this month calling on elected officials to find ways to combat mass shootings.

“Taking symbolic steps sends a message, but it ultimately does not save lives,” Baker wrote, according to the AP. “Something unworkable or unenforceable or unable to withstand a legal challenge does not provide the real protection our constituents are demanding.”