Women For Trump Campaign Kicks off in Philly Suburbs 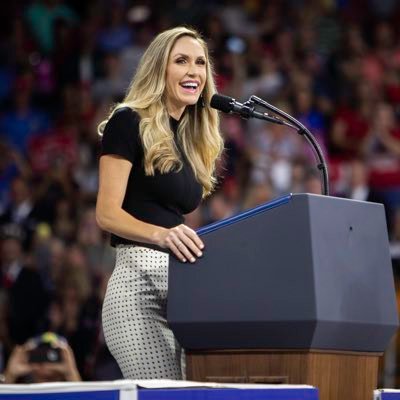 A kick off in King of Prussia.

Today, the national “Women for Trump” campaign held their first rally at the Valley Forge Casino in the Philadelphia suburbs.

The rally, which the Philadelphia Inquirer estimates drew about 1,000, mostly women, was led by a number of Trump allies, including RNC Chair Ronna McDaniel, the president’s daughter in-law, Lara Trump, and more as they touted President Donald Trump’s agenda and expressed confidence in his reelection effort.

“I always say that I think this president will easily be re-elected because he has delivered on all the promises he made in 2016 and so many more, right?” Lara Trump said, according to CBS Philly. “Despite the fact that he’s had constant, 93% negative media coverage by the way.”

The rally focused on Trump’s economic record among other issues, while McDaniel said the Republican Party treat women voters different than the Democratic Party.

Trump narrowly carried the state of Pennsylvania in the 2016 election over Sec. Hillary Clinton, but did not win in any of the Philadelphia collar counties in his victory. Since entering the Oval office, the Philadelphia suburbs have trended towards the Democratic Party, with women leading the charge as Philadelphia’s previous all-male Congressional delegation now has 4 women in Congress, all Democrats representing the Philadelphia suburbs and parts of the Lehigh Valley. Women were also the catalyst behind Gov. Tom Wolf and Sen. Bob Casey’s double digit reelection victories in 2018 as NBC News Exit polling showed Wolf winning with women vote by 30 points and Casey carrying the women vote by 28 points.

Trump 2020 Campaign Manager, Brad Parscale, told the Inquirer that launching the Women for Trump effort in King of Prussia was not an accident, saying the campaign used voter data to pick the location.

“The women in this room could be integral,” Parscale said, according to the Inquirer. “If we win Pennsylvania by 5,000 votes it might be because everyone in this room walks out and gets four people to vote, it could be the difference.”

Kimberly Guilfoyle, a senior advisor to the campaign who is dating Donald Trump Jr., told the room that the media doesn’t focus on Trump’s support with women and that they are proud to support his reelection bid.

“Mainstream media says we don’t exist,” Guilfoyle said according to the Inquirer. “They don’t want to admit that women are proud to stand for President Trump.”

This was not Guilfoyle’s first appearance in Pennsylvania boasting about the Trump agenda. She joined Donald Trump Jr. at the Pennsylvania Republican Party Fall Dinner in 2018, where she credited his victory over Clinton by securing the keystone state.

The Pennsylvania Democratic Party held a press conference call earlier today slamming the effort from the Trump campaign saying this administration does not support women.

“This is an agenda women do not support, and the Trump campaign cannot defend — to say nothing of his embarrassing and demeaning conduct…In 2020, Pennsylvania women — and women across the country — will hold Trump accountable, and we will defeat him, and we’ll be doing it right here in Pennsylvania,” said PA Democratic Party Chair Nancy Patton Mills in a statement.