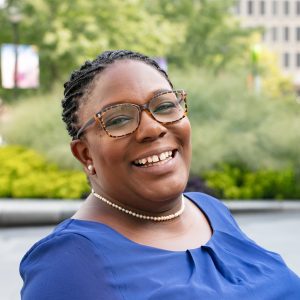 For the first time in Philadelphia’s history, a third party candidate won an at-large seat on city council.

Kendra Brooks, running as a progressive candidate for the Working Families Party, tallied the highest vote total for a third party candidate, securing her one of the two designated minority party seats on Philadelphia’s city council, that has historically been represented by Republicans.

“For the first time in seven decades, we broke the GOP. … We beat the Democratic establishment,” Brooks told supporters, according to the Philadelphia Inquirer. “They said a black single mom from North Philly wasn’t the right person, but we have shown them that we are bigger than them.”

The second at-large seat designated for a minority party will be held by incumbent Republican Councilman David Oh.

As expected, Mayor Jim Kenney coasted to a victory over Republican Billy Ciancaglini in his quest for a second term and the five Democratic nominees for City Council at-large also won their race.

With Brooks victory, the Republicans serving in Philadelphia’s City Council will drop from three to two members in the 17 member council. In addition to Oh’s victory, Republican City Councilman Brian O’Neill, who is the longest serving member on city council, appears to have won his reelection bid for the 10th District over Democrat Judy Moore, leading with 58% of the vote, according to the Northeast Times.