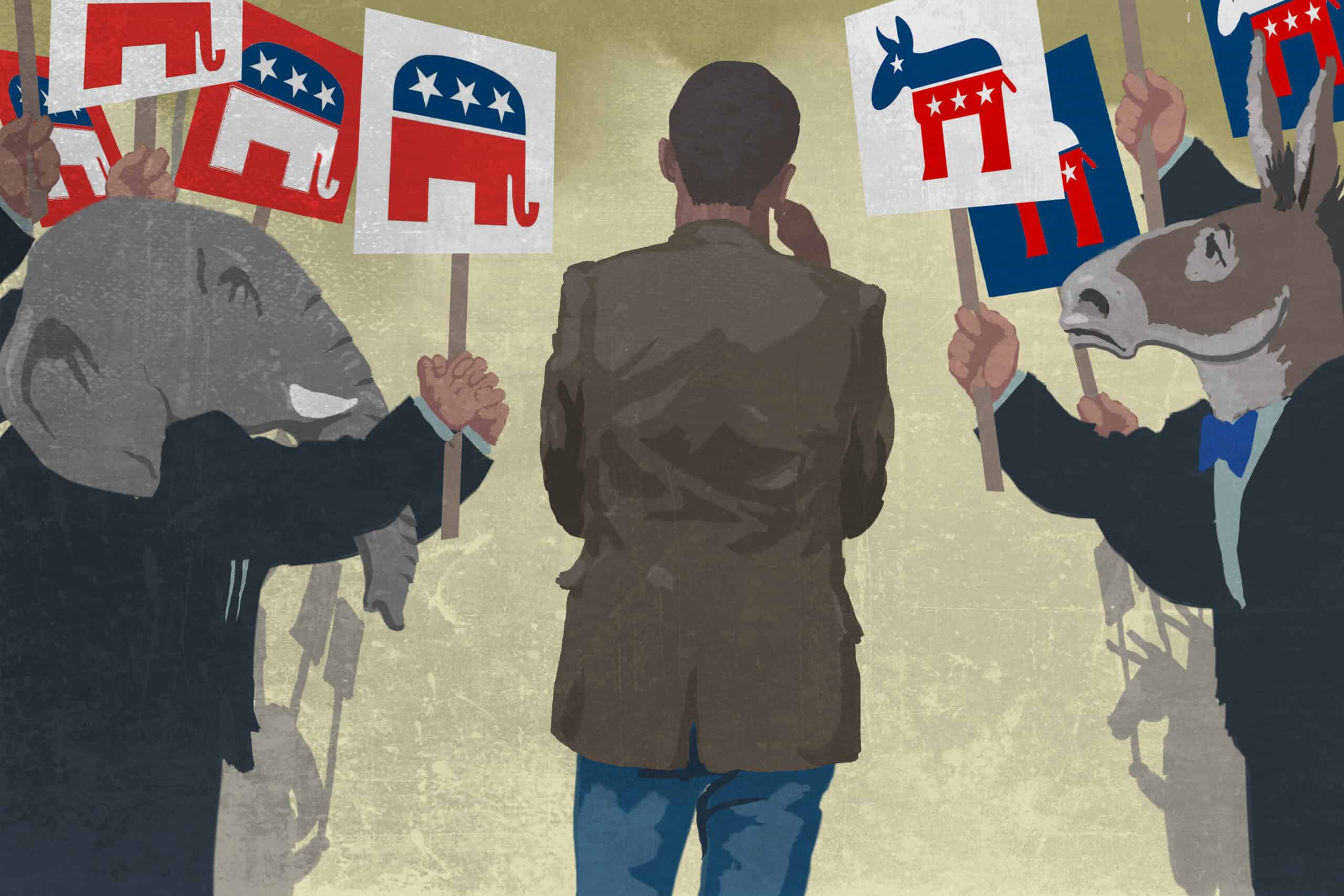 While the tide has not completely shifted under the feet of Republicans, it does appear clear that Democrats are in better shape than initially anticipated as the general election campaign shifts into high gear over Labor Day weekend.

What was once seen as a tsunami of a red wave, given historical trends for the party in power in the White House during midterms, has shifted due to the Dobbs decision by the Supreme Court, declining gas prices, improved views of the performance of President Joe Biden, and gains among independent voters.

A Wall Street Journal poll of 1,313 registered voters nationwide does show favorable trends for the GOP, as those that think the country is headed in the right direction fell three points from 26 to 23 percent since the last poll in March. In addition, the percentage of respondents that felt good about the economy fell four points to 35 percent from 39%.

Other markers in the poll, however, showed improving conditions of the Democrats, as three in 10 responses said the economy was headed in the right direction – up six points from March. And the generic ballot question provided the Democrats with more reasons to feel good entering the holiday weekend, as Dems were preferred 47-44 over their GOP opponents – an eight-point swing since the March poll that gave Republicans a 46-41 advantage.

Among political independents, typically the key to victory in close elections, more voters now favor a Democratic candidate for Congress than a Republican, 38% to 35%. In March, Republicans led among independents by 12 percentage points.

“Male independents did not really change,” said Republican pollster Tony Fabrizio, who was former President Donald Trump’s lead campaign pollster in 2016 and 2020. “Female independents, because of the abortion issue, changed their opinions and their votes.’’

On the performance approval question, Biden’s numbers also moved three points from 42 to 45%, while Trump’s approval number of the job he did in the White House fell 44 percent from 48%

Also telling was the response to the question, “Regardless of the importance of the issue to you, which of the following issues has made you MORE likely to vote in the upcoming Congressional election in November?”

More than one-in-three (34%) responded that the Supreme Court decision overturning Roe v. Wade was their primary driver, followed by inflation and rising prices at 28 percent.

“Republicans were cruising, and Democrats were having a hard time,” said Fabrizio, who conducted the survey along with Democrat John Anzalone. “It’s almost like the abortion issue came along and was kind of like a defibrillator to Democrats.”

The Wall Street Journal poll of 1,313 registered voters, with a margin of error of plus or minus 2.7 percentage points, was conducted Aug. 17-25 by Impact Research and Fabrizio, Lee & Associates.