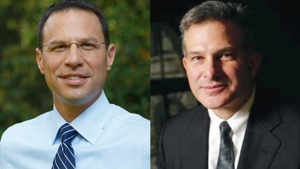 It’s getting heated in the Democratic primary for Attorney General.

IBEW 98 spokesman Frank Keel sent the following unprompted statement to PoliticsPA in response to the survey.

‎”The Harper Poll results you published yesterday are highly questionable. The poll, showing a healthy lead for Josh Shapiro in the A.G.’s race, was clearly commissioned by Shapiro. The poll also shows Hillary Clinton with a commanding 30 point lead in PA, which flies in the face of every other poll we’ve seen. Likewise, Shapiro’s poll shows Governor Wolf with a 79% approval rating. The National Champion Villanova Wildcats don’t enjoy a 79% approval rating right now. The reason why Philadelphia Democratic City Committee, IBEW Local 98 and so many other unions are supporting Steve Zappala for Attorney General is that he’s a proven prosecutor with nearly two decades of experience as a District Attorney. Pennsylvania needs a prosecutor in the Attorney General’s office, not a calculating, career politician who views the office as no more than a stepping stone to the Governor’s mansion.”

PoliticsPA reached out to Brock McCleary, President of Harper Polling who sent the following response:

First, as the methodology states, the poll was commissioned, paid for and conducted by Harper Polling.

Next, we would call your attention to the results of the 2014 Democratic primary and general elections for Governor in Pennsylvania. As the attached graphics sourced from Real Clear Politics demonstrate, we were the only Pennsylvania pollster to predict Tom Wolf’s landslide Democratic primary win and the only pollster to precisely predict Tom Wolf’s 10% margin of victory in 2014.

Here is a link to the available public polls on the Pennsylvania Democratic Presidential Primary according to the Real Clear Politics tracker.

http://www.realclearpolitics.com/epolls/2016/president/pa/pennsylvania_democratic_presidential_primary-4249.html. As you can see, the average lead for Clinton is 18%. Our poll had a 22% lead for Clinton, not a 30% lead as they claim.

And finally, the Zappala campaign is free to release their own poll results at any time that present a different outlook on the race.

We also reached out to the Shapiro and Zappala campaigns.

“Seems the closer we get to the election, the more paranoid they are getting in Zappaland,” Shapiro Campaign Manager Joe Radosevich said. “They are taking the art of ‘spinning’ to a new level over this poll, but our campaign remains focused on letting Pennsylvanians know, as President Obama said, that Josh Shapiro represents a new generation of progressive leadership who will always stand up for them.”

“We are not commenting on polls until 10 pm April 26,” Zappala Campaign Manager responded. “I will say that we are proud to have won the support today of the IBEW Third District which includes all of the IBEW locals in Pennsylvania and represents thousands of skilled electrical workers throughout the Commonwealth. We believe it is a big boost to our campaign and provides further evidence that Steve Zappala’s is a the only candidate in the Attorney General race with true statewide appeal and support.”

Shapiro and Zappala are running against Northampton DA John Morganelli in the AG Democratic primary. The election is set for April 26th.