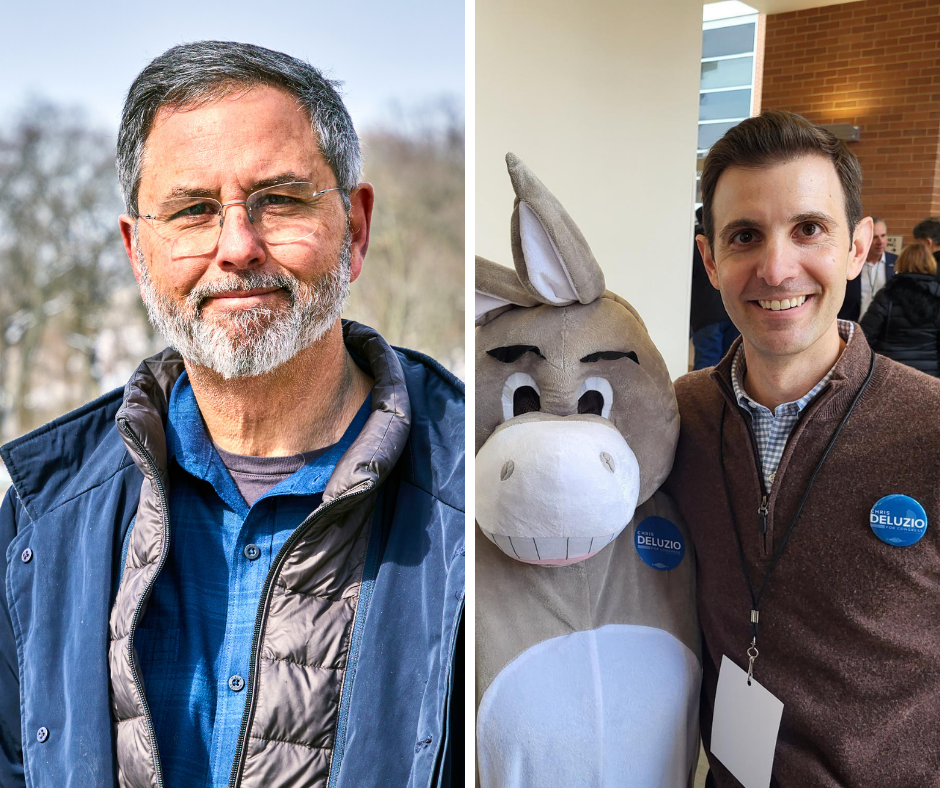 It was a good day for Steve Irwin and Chris Deluzio, while not as good for Summer Lee, Jessica Benham and Emily Kinkead as the Allegheny County Democratic Committee got together for its annual endorsement meeting on Sunday.

Irwin was the choice of the committee as the favorite for the 12th District congressional race over Lee, Jerry Dickinson and Jeff Woodard. The Pittsburgh attorney garnered 323 votes from committee people, while Lee, state representative in the 34th District, was second with 260. Dickinson, a law professor at the University of Pittsburgh, was a distant third with 105, while Woodard, the PA College Access Program Executive Director, trailed with 24.

The @AlleghenyDems understand how important it is for us to stand with @POTUS and get results for our families right now.

When I get to Washington, that’s exactly what I’m going to do.

In the contest for the Democrat nod to replace Conor Lamb in the 17th Congressional District, Deluzio, the policy director of the University of Pittsburgh Institute for Cyber Law, Policy and Security, received 252 votes while Sean Meloy, a senior political advisor for a LGBT political advisory group, pulled in 171.

Lee was also snubbed in the balloting for the Democratic endorsement for the 34th District state house seat, as the committee opted for Swissvale borough council president Abigail Salisbury, 57-45. It was the second straight endorsement meeting that Lee has not been selected, as she was also not the endorsed candidate in 2020 when she was a first-term incumbent.

We WANT young people to participate… but wait your turn

We’re a big tent. We protect incumbents… but not those progressives

We DO want Black women… eventually… just not HER https://t.co/JLhk8vNbSf

While it is unusual for first-term incumbents to not receive an endorsement, Allegheny turned away from two others yesterday. District 36 incumbent Benham was rejected by the committee, as Stephanie Fox topped the vote, 34-24. And Kinkead, the incumbent in House District 20, was soundly defeated by Nick Mastros, 52-18.

“This is exactly how the Democratic Party in Allegheny County has consistently treated its young women incumbents,” said Benham to WESA. “This is a system that is set up to fail people like me: newer, younger, emerging voices in our party. The endorsement that matters occurs in the primary, and I’m convinced — just like I was the last time I beat this machine — that I’m going to have the honor of serving [the district] for another two years.

Kinkead tweeted that “Hey, ACDC, the definition of insanity is doing the same thing over and over, expecting different results. Last time, I lost this vote 101-11. We won where it counted anyway. We’ll do it again.”

It wasn’t only all about the men on Sunday, as Fox Chapel borough council member Mandy Steele upended Tristan McClelland, 41-25, for the state House 33rd District endorsement. Aerion Abney topped Glenn Grayson for the party’s support in the April 5 special election to replace Jake Wheatley for the 19th District house seat.