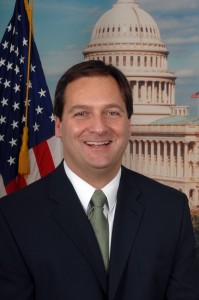 The Pennsylvania Republican Party had no part in courting Carney, according to spokesman Mike Barley. Party officials in Harrisburg found out about the effort when Politico published a story about Carney’s possible party switch Wednesday afternoon, he said.

“We were a little surprised,” Barley told PoliticsPA. “This was the national party reaching out from Washington, not from Pennsylvania. We’re looking actively to beat Chris Carney. We’re looking for real Republicans.”

Dan Meuser, who ran for the district’s GOP nomination last year, was clearly surprised by the news because, in his words, Carney isn’t a “closet Republican.”

“My response is: Why would you ask a fish to become a elephant?” he asked. “He’s very comfortable in the liberal waters, and that is clear by his record.”.

The Politico reported and Carney later confirmed in a statement that U.S. Sen. John McCain called him to urge he switch parties. The congressman said he considered the Republican attempt a “sure sign that I have worked in a truly bipartisan manner.”

Republicans immediately sought to counter the notion the party’s outreach to Carney meant he was an independent.

“We have no illusions that he’s a Republican,” he said.

Asked if state party officials would have helped court Carney, Barley said he wouldn’t comment on a hypothetical. But he added they had never considered asking him to switch before.

“We in no way had any illusions that he would switch,” the spokesman said.