By Natalka Karaman and Keegan Gibson

Congressman Lou Barletta (R-Luzerne) confirmed this week that he will seek a second term in office. The Wilkes-Barrer Times Leader reported him saying that “after eight months in office, ‘its clear a lot of work needs to be done.’” 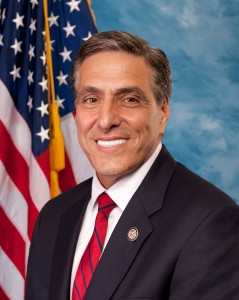 Barletta overcame long-serving Rep. Paul Kanjorski during last year’s Republican, anti-DC wave, and his re-election campaign is likely to be one of the top races in the country in 2012.

Speculation abounds regarding plans to shore up the 11th for the GOP through the redistricting process this year, but basic demographic limitations mean that the seat will likely remain competitive regardless.

The latest Cook Political Report, which incorporates information about likely redistricting scenarios, rates his race as a toss-up. Indeed of all the vulnerable Republican incumbents in the report, Barletta represents the most Democratic-leaning (D+4).

Symptomatic of the district, which contains a number of longstanding Democratic favorite sons and viable challengers, Dems were quick to pounce on Barletta’s announcement.

Lauren Weiner of the liberal group Americans United for Change emailed around the Times Leader story, which also details Barletta’s reluctance to face hecklers in town hall style meetings. He’s opted for pre-selected round tables instead. Weiner’s email also linked to a report in Politico that was more critical of the Congressman.

Wilkes-Barre attorney Bill Vinsko had already announced that he will seek the Democratic nomination for the 11th district. In a press release, Vinsko accused Barletta of a laundry list of bad votes.

“…the extremist wing of the Republican Party played games with our credit rating, intentionally voted on legislation that had no chance of passing, voted against Medicare, and insisted upon voting along party lines, without regard for their home district. Our Congressman has consistently voted with them,” Vinsko wrote. “My first priority is and always will be what is good for the people of the 11th Congressional District. I believe that once you take the oath of Congressional office, it means you represent and have to listen to everyone, regardless of the format. I will be there to listen to the people.”

“On Monday, as part of his continuing outreach to constituents, Rep. Barletta met with regional union leaders, senior citizens, a group of radical liberal protesters, and reporters and editors of two of the largest newspapers in the 11th District,” said Stange.

And Barletta apparently isn’t dodging the difficult issues either. Stange said his meetings took place, “to talk about job creation and the 15 major job-creating pieces of legislation he supported. Rep. Barletta is working to – and has started to – change the direction of Washington, and that’s what he’s going to continue to do.”