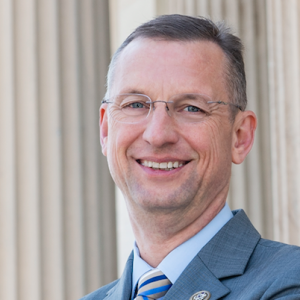 The highest-ranking Republican on the U.S. House Judiciary Committee and possible Senate hopeful, is coming to a key Pennsylvania swing county to headline a local Republican Party’s dinner.

Rep. Doug Collins (R-GA) will be the keynote speaker for the Northampton County Republican Committee’s annual Chairman’s dinner on Oct. 10 at the Hotel Bethlehem. In a release from the Northampton County GOP promoting the event, they describe Collins as a “rising star in the National Republican Party” and as “the face of the defense of our President against the frivolous clamoring for impeachment coming from the radical left.”

The Northampton County Democratic Party did not release an official statement regarding Collins’s upcoming visit, but Chairman Matt Munsey described the Georgia Congressman as a “pretty typical Republican” and criticized his positions on the Affordable Care Act and various other pieces of legislation. Munsey added that he thinks it is “fitting for him to be featured speaker for the local GOP that is so out of step with the values of Northampton County residents.”

Northampton County played a significant role in President Donald Trump’s 2016 victory in the state, being one of the three counties that Trump won in 2016 that previously voted for President Barack Obama twice. Trump bested Sec. Hillary Clinton by nearly 4 points in 2016 in the county, which is close to a 10 point swing, after President Barack Obama carried it over Gov. Mitt Romney (R-MA) by 4.5 points in 2012. Sen. Pat Toomey (R-PA) also found success in the county in 2016 defeating Democrat Katie McGinty by 5 points here.

The release from the Northampton County GOP promoting the event said they are “working feverishly” to keep the county in the win column for Trump in 2020 and described their county as “ground zero for holding the Presidency.”

“The local Republican Party is confident that the visit will energize the base for the 2019 elections and keep that momentum going for 2020,” the release said.

Collins will also spend his day in the key swing county meeting business leaders and touring some of the state manufacturing companies before headlining the Republican get together.

Details for full event pricing can be found here.